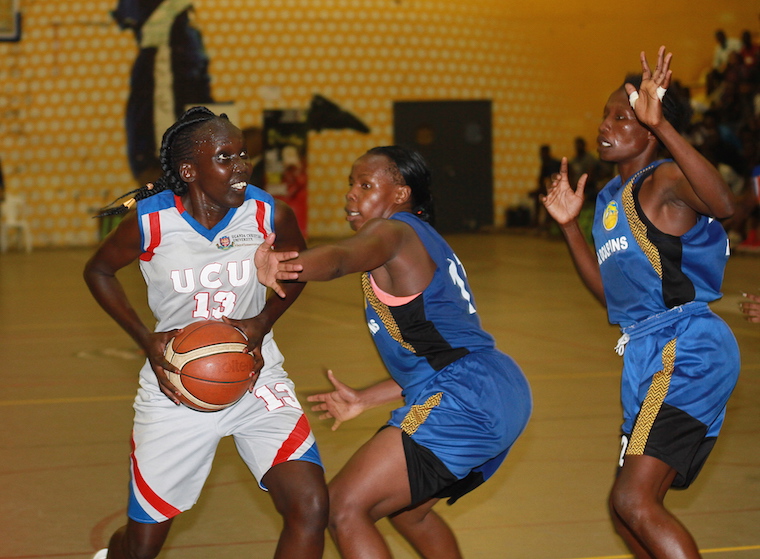 The National Basketball League playoffs will finally kick off this weekend at the quarter-final stage, with some really crunch clashes and closer match-ups, than earlier anticipated, reports JOHN VIANNEY NSIMBE.

At some stage in the regular season, there was a sense of resignation about the women’s top flight league. In fact, there was a feeling that may be the JKL Lady Dolphins, the defending champions could as well be handed the 2019 trophy to save fans the trouble of going through a one sided playoffs series.

That was back in July, when JKL Ladies had won 39 of their 40 games all the way from last season. Yet, by that time, when they had registered 13 successive wins in the ten team league, no one expected the A1-Challenge to deny they a fourteenth win 49-48.

However, while the JKL Ladies bounced back to win many more games - completing the regular season with 16 wins in 18 games, the fact that in their second round they also lost to KCCA Leopards, the earlier thought that they were already champions-elect, appears off the mark now.

A1-Challenge’s forward Vicky Nassolo was the first to dismiss the champions-elect suggestion back then an on that same day, that they were the first team to beat JKL Ladies: “I still feel, that although they remain arguably the strongest team, this league remains unpredictable. Once you prepare well, you have a good chance.”

Having finished sixth in the regular season, A1-Challenge are set to meet UCU Ladies in the last eight this Saturday, September 21 at the YMCA, Wandegeya. And despite Nassolo’s belief in her team, A1-Challenge have a really outside chance of claiming their first championship since 2005.

That said, JKL Ladies remain the team to beat. Their dominance last year saw them win the playoffs without losing a game. That was nine straight games from the quarters to the finals. But that is in the past according to their coach Henry Malinga. He feels this year is different, and they must put in a shift to defend their title.

The fact that Jamilah Nansikombi, the MVP last year, and arguably the most talented player in women’s basketball is not around this time, will give belief to JKL’s opponents. They smell blood. JKL cannot be the same intimidating side without Nansikombi. Not only did she lead the scoring for her team normally, Nansikombi, who went for further studies in the US, could excel in almost every aspect of the game - fast, athletic and strong.

The likes of Rita Imanishimwe, Hope Akello and Flavia Okecho have it all to do in demystifying the argument, that JKL was largely dependent on Nansikombi’s powers.

In addition, with JKL also losing post player Jane Asinde, that clearly brings the rest of the teams, especially KCCA Leopards and UCU Ladies, that they have been beating up much closer to them. In fact, it would be foolhardy for anyone to consider JKL champions-elect, as was the case earlier in the season.

However, no last eight clash will be as close as the KIU Titans and Warriors game in the men’s category, beginning on Friday. Both teams ended the regular season in indifferent form. But they now, after a three week recuperation, could not feel more ready to battle.

Warriors Ronnie Mutebi said, “We have all our players back, those who were injured and those that had travelled home. We still believe in our powers to win our first title since 2012 if we play to our potential.”

Conversely, coach Brian Wathum, who led the Titans to a semi-final win over the Warriors in 2017 is buoyant. After his team beat Power in two friendly matches recently, they say: Bring it on!