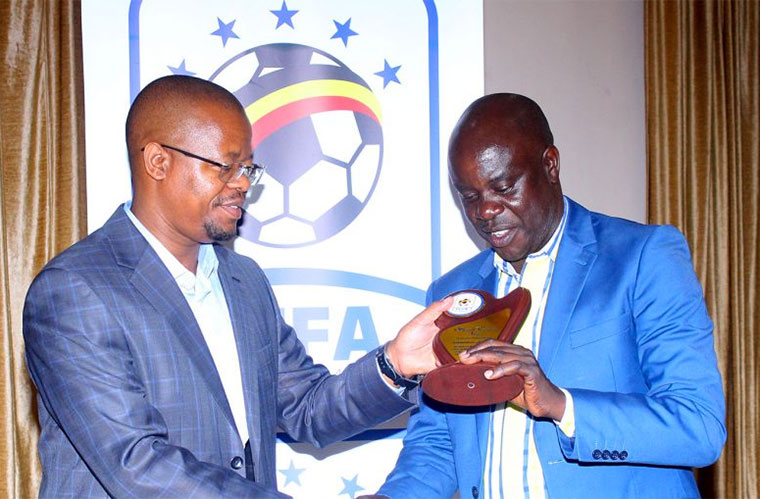 Moses Magogo, the Fufa president, looks like a man stuck at crossroads. On one hand, he wants to join parliament and represent people of Budiope. On the other hand, he wants to sustain his ever-weakening grip in Fufa as elections loom by 2021.

By being unsure of retaining the Fufa top job, especially after the fallout with the ministry of Education and Sports as well as some Fufa sponsors whom it is understood feel they are not getting their money’s worth, he has had to act deceptively ‘smart.’

Magogo pulled off a shocking move last week to guard those interests by co-opting Rogers Mulindwa, a long-time foe, and Ronnie Kalema, his sidekick who acts as the head of the referees, to the Fufa executive committee.

On the outset, the move may be viewed by an ordinary person as Magogo’s extension of an olive branch. However, it has been met with resentment from some of the Fufa executive members who called me to express their disappointment.

Magogo feels he has made so much money in Fufa but is on shaky ground; so, he needed Mulindwa, the spokesperson of NRM, at the Fufa high table simply to convince the state that they are on the same page.

Not knowing that the public knows that it’s money issues that make 99% of the scandals at Fufa and not administrative where he has co-opted Roger Mulindwa to blindly impress State House.

I have been told from credible sources that Mulindwa’s first task is to convince Lt Col Edith Nakalema’s State House Anti-corruption unit to go slow on Fufa. In return, Mulindwa will enjoy special perks that other members of the Fufa executive can only dream of, like endorsement to sit on Caf committees. Watch that space.

In politics, the best way to get what you want or overcome an adversary is to get them unawares and relaxed by pretending to extend an olive branch. That’s what Magogo has done to Mulindwa, a man whom he declared persona non grata when he took office in 2013.

He hounded Mulindwa so badly that he amended the Fufa constitution to remove him as Fufa media committee chairman; ask yourself if he sought the general assembly to bring him back. My advice to Mulindwa is that if he foolishly believes Magogo’s promises and just grabs the thorny olive branch, he will burn his fingers.

Magogo’s gestures may seem to have good intentions – exactly what the football fraternity would want to hear but beyond the handshakes, the real question is whether it is genuine. It takes a principled person who doesn’t feed off football to survive the trappings of working under Magogo.

In fact, the person to have been co-opted would have been Denis Mbidde who has fought errands for Magogo. On the other hand, Magogo’s major reason to draft Kalema on the executive is to cover his tracks in case he joins politics.

After betraying his mentor and predecessor Dr Lawrence Mulindwa, Magogo cannot afford to be thrown under the bus when he leaves. Magogo no longer trusts anyone on the executive and has brought in Kalema for grooming to succeed him. Just wait and see how he is going to delegate key assignments to Kalema and sell him to delegates as successor.

You are going to see Kalema doing most of Fufa executive work, the same way he brought in Humphrey Mandu, the Fufa deputy CEO, and usurped the work of his boss, Edgar Watson. All in all, I find Magogo’s machinations unethical. For instance, Kalema’s position as head of referees can be equated to being the chief judge; so, to have him sit on a Fufa executive is like having the judiciary being part of the cabinet or legislature.

Mr Misaga and or Joseph Mbazzi, are you interested in the FUFA presidency and now scared of the Magogo-Mulindwa alliance
Report to administrator