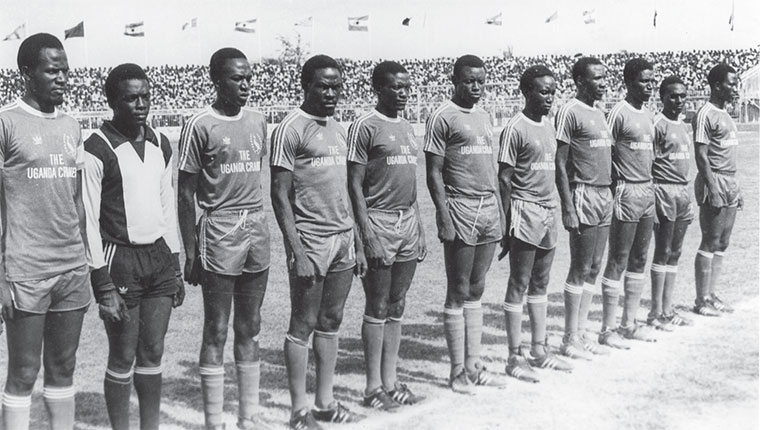 There is a new wave of Ugandan players joining professional football in Egypt. This comes on the back of the exposure provided by the recent Africa Cup of Nations.

Upon completion of the tournament in July, it took just a matter of days for Abdul Lumala, the standout Cranes player from the Africa Cup of Nations, to link up with former Cranes coach Sebastien Desabre at Pyramids FC. Thereafter, Khalid Aucho and Emma Okwi also signed with Egyptian sides Misr Lel Makkasa and Ittihad Alexandria respectively.

Meanwhile, Timothy Awany joined Israel side Ashdod FC while Mike Azira moved from Canada to join US-based Chicago Fire. Amidst all this, it is safe to suggest that the presence of Ugandan players in the toughest African league is a step forward to raise the level of our football. From Egypt, there can only be one more step; to join major European leagues.

Whereas this is still a long shot given that our players are not growing any younger, it offers a timely comparison to what happened to The Cranes of 1978 following their heroics in Ghana.

That Cranes team that finished as runners-up was stacked with several talented players and as soon as they landed back home, several Middle East, particularly the United Arab Emirates, clubs came calling. It was the first time that foreign sides expressed interest to sign Ugandan players.

Phillip Omondi had been the star of the tournament but it was Moses Nsereko who was the mostsought-after. To the surprise of many, Nsereko turned down the offer to play in the UAE on grounds that he had already set his mind to become the next KCC coach.

However, the rest welcomed the offer with open arms and within a month, Omondi, Tom Lwanga, Jimmy Kirunda, Hussein Matovu, Jimmy Muguwa and Mike Kiganda joined clubs in the UAE.

The scramble for Ugandan players was in high gear and there was a great deal of hope at the time that the exodus to foreign leagues was going to boost the development of the game, but unfortunately, it didn’t materialise for various reasons, some of which were beyond the players. Many of them had to flee for their own safety due to the worsening security situation in the country

Timothy Ayiekoh and Abbey Nasur fled to Kenya where they got snapped up by Kenyan side Gor Mahia but their colleagues such as Paul Ssali, Godfrey Kisitu and Meddie Lubega endured a nightmare when they got incarcerated at Luzira prison for being members of army side Simba FC.

Looking back, I hope today’s class of Cranes players can go a step further to play in Europe and open the doors for the upcoming generation to have inspirations to look up to.