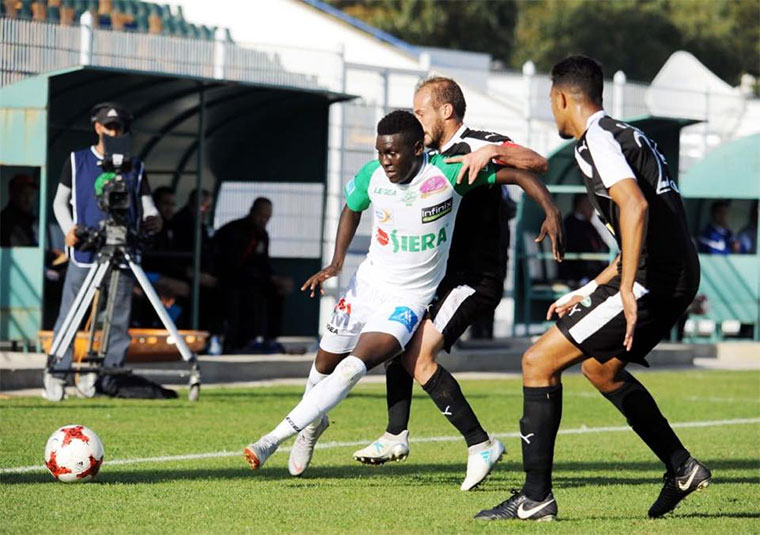 Muhammad Shaban in action for Moroccan side Raja Casablanca

During the recent Africa Cup of Nations (Afcon) and the weeks that followed, there was common talk that several Ugandan players have what it takes to play in top European leagues.

What makes this notion interesting is that it is not based on their skill or quality; but on a comparison with some established African players and countries that flopped or failed to impress at the tournament.

In fact, this debate often resurfaces each time The Cranes put upsets a continental powerhouse. Unfortunately, the proponents of this talk rely on form at the expense of substance because there are so many complex details a player goes through before he is deemed good enough to play at the top.

Nicolas Pépé was largely anonymous for Ivory Coast but days after Afcon, Arsenal bought him for $72m. Now that’s assured quality simply because his age, progression and development are  well-documented.

I will admit that I also used to wonder why our best players failed to make the grade until some years ago when a hands-on experience opened my eyes. That’s when I discovered the conception that Ugandan players can play at an elite European level is actually a fallacy.

One time, South African side Stellenbosch FC wanted to sign an SC Villa defensive starlet Ibrahim Kiyemba but required him to do trials in South Africa. He impressed during a friendly game and looked odds-on to win a lucrative contract.

Hell broke loose when he was required to prove his fitness in an agility test for young players his age. He failed miserably but that was excusable knowing how Ugandans cheat age. The clincher came in aptitude and orientation tests when he could not match the club ambitions. Stellenbosch FC officials politely told me he is past the stage they would have wanted to sign him.

On many occasions, I witnessed how several Ugandan players caught the eye of professional clubs only to lose out in trials. Just last week, Muhammad Shaban, one of the brightest prospects in recent years, returned home to sign for Vipers after he was deemed to be an excess at Moroccan side Raja Casablanca.

This is a big coup for Vipers but on the overall, it is a damning indictment that Shaban failed to cut the grade at a top African club. Shaban’s trend is not unique since the pinnacle of most Ugandan players rarely goes beyond Africa.

Those who join Europe end up in fringe leagues, far from the traditional giants. And this is a dilemma Fufa is privy to. If anything, Fufa is the primary impeder of the development of our players due to its short-term mentality.

Firstly, it is well known that many of our so-called stars are age-cheats and Fufa abets this practice by endorsing this vice through certification and licencing. If I were to mention names, I would be seen as a saboteur to players’ careers.

What this means is that on many occasions, a breakout player that the country assumes to be developing is always at his peak of his powers and the only way after is down. Players like Allan Okello and Mustafa Kiiza, who are genuinely young and approaching their peak, are overlooked for age cheats.

In the longer run, this hinders the development of our football when Fufa opts to go for players well past their best. By the time Fufa will draft Okello and Kiiza thrust with responsibility, their curve will be pointing down.

Secondly, Fufa lacks structures to monitor the development of young prospects. All that responsibility is left to clubs but due to limited technical resources, they mostly shape the players’ focus on the pitch yet the key intricacies of grooming players extends to managing time, diet and mental state, among others.

In Egypt where most of the Ugandan players are now based, a player groomed in a club academy is barred from switching clubs until playing for at least four seasons. But here, we have several players who have been groomed to be opportunistic and self-centred.

Many promising players want to sign short-term deals of six months and two years that are easy to wind down with the hope that if a better-paying suitor comes along, they can easily jump ship and get nothing. That’s why we are ending up with young journeymen who have no focus or loyalty. Fufa, as the regulator, would be expected to create steps to ensure the career development of these players.