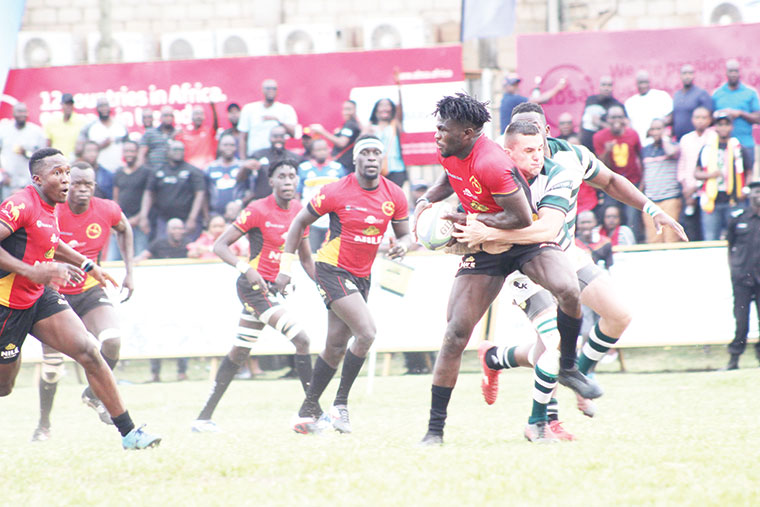 It will be an abomination if the Rugby Cranes were to lose to Zambia in Victoria Cup match on Saturday at Kyadondo.

Although Uganda has dropped a few places (from 35 to 42 in the world) over the recent weeks, following losses to Kenya (32) and Zimbabwe (33) in test games, Zambia is ranked 65. However, rankings are just positions on paper; Uganda must do the job on the field. A third straight home loss would be too much to take.

Following the 26-31 loss to Zimbabwe last month, which came on the back of the 5-16 loss to Kenya, coach Robert Seguya blamed his team for making many avoidable mistakes. For instance, he singled out the team’s poor tackling and passing, which the opposition took advantage of.

“We have worked so much on our wrongs from the Zimbabwe game. I can confirm, that we are in better shape to take on Zambia,” Michael Wokorach, one of the team’s senior players, said.

Davis Kyewalabye, a former Rugby Cranes scrum-half, said Seguya has a tough decision to make on his starting 15. Sometimes, the team’s balance has been affected because many players play similar positions. For example, centres Ian Munyani, Pius Ogena and Michael Wokorach.

Kyewalabye suggested that giving Wokorach a role as a flank looks a good proposition, to allow him more freedom to play, since in previous outings, he has appeared restricted by the opposition. That said, full-back Phillip Wokorach needs more defensive support.

Against Zimbabwe, Uganda’s number 15 was exposed defensively and on numerous occasions, he struggled to tackle. Playing Adrian Kasito there is a feasible option since he is a better tackler. But then, Wokorach seems to be tailored for mainly that full-back.

Placing him on the open wing, the number 11, is something Kyewalabye would consider. The problem, however, is that against Kenya, while at 14, Phillip hardly got onto the ball, like he normally does at 15.

Bobby Musinguzi, another former international, and now Black Pirates coach says better ball retention is crucial for Uganda’s best players, and scorers get it more in dangerous areas. That should put Zambia on the sword.