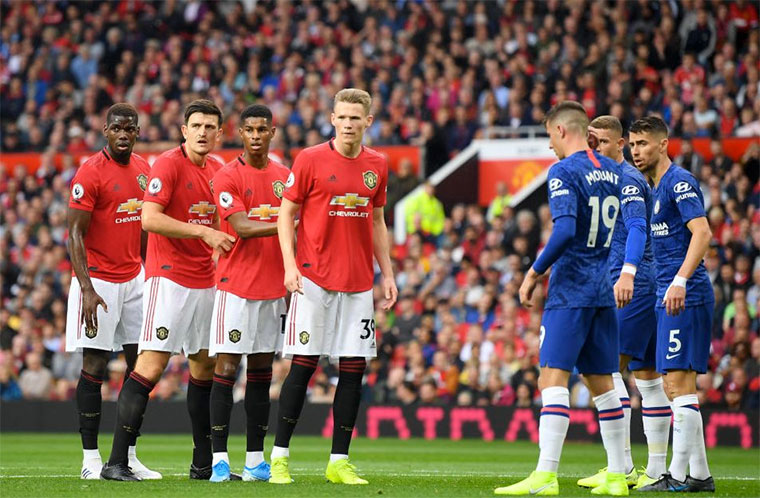 Chelsea were the only top four side from last season that had a bad start to the 2019/2020 English Premier League season. This was after they lost 0-4 to a rampant Manchester United. Has this just set a tone for their season? …

Kisakye: Wabula, this Manchester United side robbed us.
Vianney: Robbed you? How? Guys just put four goals past you.
Kisakye: Man, that result was simply not reflective of what was happening on the field.
Mugerwa: Ye ssebo!

Kisakye: We dominated the game, created good chances, yet kept conceding goals to this United team.
Kabuye: I was also surprised by what was happening on the field.
Vianney: Honestly, the Manchester United v Chelsea result was deceptive.
Mugerwa: Chelsea did not deserve to lose the way they did.

Bamulanzeki: The thing here was that United kept using its chances, which Chelsea failed to. And that is football.
Kisakye: And now everyone is laughing at us, saying we are a bad team.
Bamulanzeki: Ya, you are really pathetic. The tone has been set.
Vianney: Now, Bamulanzeki, you are getting carried away. Okyamuse…

Bamulanzeki: Man, when they beat you so badly, you are gone. Just check out how Arsenal went about its business at Newcastle. Brilliant.
Mugerwa: Surely okyamuse. What did Arsenal play at St James’ Park? We were lousy.
Bamulanzeki: But we won the game.
Kisakye: Others may beat me, but when I meet Arsenal, I will revenge there.

Mugerwa: Truthfully, Arsenal is not a good side, to get us excited already.
Bamulanzeki: Nedda ssebo. We have just acquired David Luiz. So, our defence is solid. Our business in the transfer window was superb. Not like Manchester United’s.
Kisakye: Anyway, I know Chelsea will bounce back.
Jeff: As a Chelsea fan, it was humiliating to lose to United in that manner.