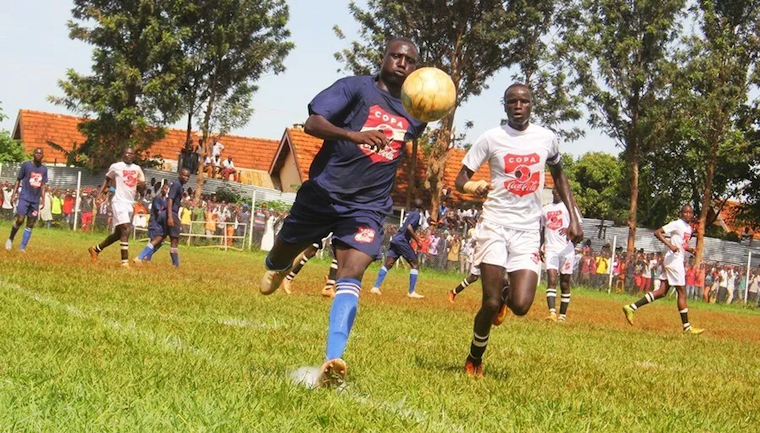 For the last 27 years, the organizing committee struggled to have only students taking part in the Copa Coca-Cola schools tournament but the vice of using mercenaries (loosely known as Abacuba) continues to haunt the competition.

And there is little hope for a solution in the near future. In this year’s edition, which St Mary’s SS Kitende won after beating hosts Jinja SS (3-1), organisers were overwhelmed by cases against ineligible players. As a result, some schools were ejected at the round-of-16 without kicking a ball.

From zonal, district, regional to national levels, screening of students has always been done but quite often, organisers discover that even the tournament champions had an ineligible player(s) who went up to the final stage unnoticed. Back in the early years of the tournament, only school identity cards were used to certify the legibility of a student.

Later, pass slips became documents to confirm that a player is eligible for the tournament in addition to the school identity card. Furthermore, the organizing committee introduced more measures such as barring a student who repeated a class from participating in the tournament.

In addition, the players’ academic documents must be consistent with the bio data on their national identity cards. But why has the use of ineligible players continued?

According to some games teachers, some students who are badly in need of bursaries tend to hide their correct bio data, only for schools to find out after a petition is lodged by their opponents. Some games teachers forge documents for students with exceptional talent that can help the school during the competition.

For example, St Mary’s SS Kitende’s Jacob Okao played for Amus College in 2016 in Soroti as a student who was born in April 1999. Meaning he wouldn’t be eligible for this year’s tournament since it has been for students who were born by September 1, 1999.

Though the committee had all this information at hand, they couldn’t use it and Okao played the whole tournament. Another case is that of Hamza Mulambuzi who played for Buddo SS in the tournament. He played for Royal Giants Mityana in 2016 as a Senior Three student who is said to have been born in July 1999 and this wasn’t crossed-checked and he played untouched.

Sometimes schools covered up evidence against ineligible players as long as they were not affected. Some students go back and re-sit primary leaving exams to have certified pass slips using the very names.

So, during verification, even if the same player has played in Copa before, committee members only cross-check the names and age. Nowadays the work of looking for talented players is left to hired coaches who are not teachers and not interested in education but only results on pitch.

Hence they look for players, not students.

Hassan Lumu, one of the games teachers at Masaka SS, does not think the forgery will die out since there is little time for screening.

“One day is not enough to screen out ineligible players. Because sometimes those officials get tired and relax while screening,” said Lumu, who is also a former teacher at Bulo Parents, a team that eliminated Masaka SS this year.

Unlike Uganda Certificate of Education (UCE) certificates that have a photo of the holder, result slips don’t have a photo hence forging it and probably using someone’s documents is so easy. And it is against such background that one of the tournament organizers, Kennedy Mutenyo, appealed to the ministry of Education and Sports to introduce electronic result-slips.

“The ministry of Education and Sports should introduce electronic pass slips; otherwise, this vice will die hard,” Mutenyo noted.

He added that the ministry should also penalize all schools and students found guilty of forgery. Mutenyo also advised teachers to be keen on students joining their schools like in senior two and above as they may join with other motives and also with forged documents that can lead to the school’s suspension or ban from the tournament.

Schools using non-students are banned from the tournament while those fielding players over 20 years lose three points.