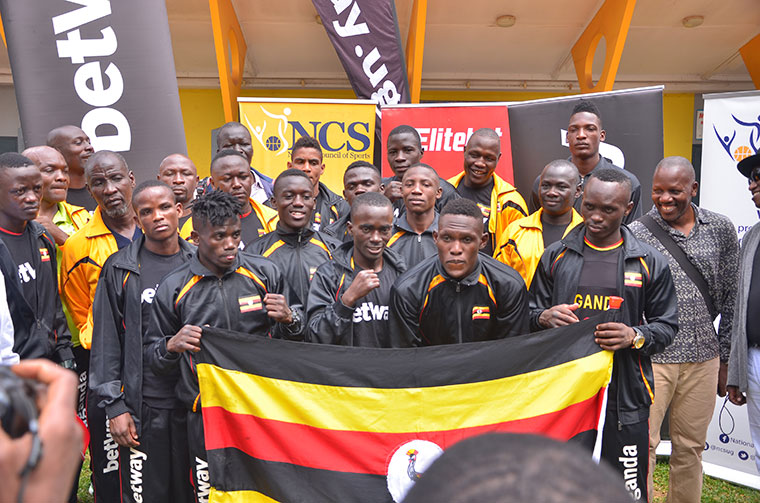 To be honest, the standards of living in these countries are far much better than here. Their roads, health care, education, housing, feeding, etc. are all very good. Those who have travelled will tell you that sometimes they wonder what we are really up to in Uganda.

I want to agree with many that, indeed, in Uganda we really still have a lot of catching up to do but in terms of living here or abroad, the story changes very significantly and hopefully today many get the proper picture needed to make this decision.

In sports we have a problem because getting a sports visa to visit any country is one of the easiest things especially when there is an official sports activity in that country.

Just recently when the Commonwealth games in Australia came up, indeed some people approached sports leaders to help them get the Australian visa by putting their names on the teams travelling to compete in those games.

Our own players sometimes train so hard to qualify to go for these trips so that they can varnish once they reach these first world countries. It is, therefore, important that our players, their parents, guardians and many other people understand the dangers of this kind of thing in today’s world.

There was a time when many companies out there wanted to utilise very cheap immigrant labour to make more profits. So many companies easily hired illegal immigrants instead of their more expensive nationals who would demand higher pay.

This was the time when the word “Kyeyo” became very famous here in Uganda. Kyeyo meant going to do odd jobs outside Uganda to make good money especially in England, USA and Japan.

These jobs included washing dishes or cars, packing fish in ice, cleaning toilets, waitressing, etc. Due to kyeyo, it was very easy to vanish abroad and survive comfortably because the work was there and by comparison to Ugandan salaries, the pay was very good.

However when UK joined the European Union (EU), the kyeyo market died a natural death because many other countries in the EU had even poorer nationals willing to do the same jobs that illegal immigrants were doing.

Laws were also passed imposing very heavy penalties on any employer found utilising the services of an illegal immigrant instead of a citizen of an EU country. As such, most companies stopped employing illegal immigrants.

UK actually realised that there were many nationals of other EU countries willing to work for even less money than that which they were paying illegal immigrants. Using an illegal immigrant, therefore, became an unnecessary risk. Our people need to know that the kyeyo market is now really not as easy as it used to be.

Vanishing in these countries also means that one has to live in hiding because when one’s visa expires and they are caught, they are immediately deported without any of their property.

Seeking for asylum often means that one is going to have to come up with a reason in regards to the danger they face if they return home. Away from the visa problems, the social life outside Uganda is not a joke. Many countries have a lot of racism especially towards black people.

Being in a country where you have no relative or family can cause other problems such as having no one to turn to when you really need help. For example, here in Uganda, girls get a lot of help from their mothers and aunties when they become pregnant and when they produce.

In many cases, the girl even goes to stay with the mother for some time. So, you can imagine delivering a baby in say, UK, and there is no one to turn to. Hiring help in UK means you have to pay through the nose because it is extremely expensive.

In Uganda, a house help can be hired at about Shs 200,000 per month. If you don’t have Shs 5 million per month for a house helper in UK then you just forget it.  In a nutshell, if one decides to vanish abroad, it means they either over stay their visa and then go into hiding or they seek asylum.

As explained above both of these avenues now have serious disadvantages and our players together with their parents or guardians need to think very carefully about this decision. The technology in these countries is also now very advanced and illegal immigrants can now be caught more easily.

These countries now have surveillance cameras almost everywhere. An illegal immigrant would have to keep hiding all the time and this can mean that they cannot even work nor access medical care if they fall sick.

I have always advised players to try to go and stay legally in these developed countries e.g. on a student visa. The embassies are also becoming more tolerant and realistic.

They can give you, say, a one-year visa if you demonstrate to them that you have gotten a job in their country, you have someone going to accommodate you and so you are going to make some money in their country and then come back.

Hard as it is to believe, if you are this honest with the embassy, they can actually give you the visa. Embassies normally deny visas because they have sensed some lies in the visa application documents or some lack of capacity to support oneself in their country.

In the end, anyway, the best solution is for all of us to work much harder to make our countries offer better lives to their citizens. Everybody wants a good life. Our people only varnish abroad because they are looking for better lives.

For us in sports, we must turn all our energy towards commercialising our games so that these games can give a decent living to our athletes.

Unfortunately if these games cannot put food on the table, then once these athletes reach university age, they will always ponder over options like vanishing abroad as they seek better lives. At university age, their needs change and this change often requires better financial income.

The author is the president, Uganda Table Tennis Association.

0 #1 Jama 2018-11-10 14:15
How can you put food on athletes table when you don't have adequate sports infrastructures?
Report to administrator