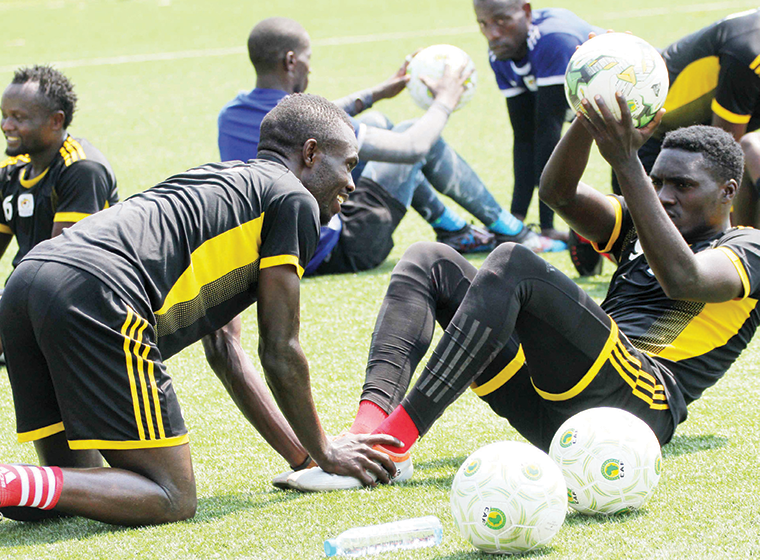 The Uganda Cranes meet Lesotho in a double-header for a berth to the 2019 Africa Cup of Nations (Afcon) finals in Cameroon, reports JOHN VIANNEY NSIMBE.

Although the Fifa rankings are mere numbers, which do not necessarily reflect on the field, Cranes are widely expected to beat Lesotho home and away.

This would guarantee qualification to the 2019 Afcon finals in Cameroon. Currently, The Cranes lead group ‘L’ with four points, followed by Lesotho and Tanzania on two points apiece. Cape Verde are bottom of the table with one point.

If Cranes win both games against Lesotho, they will garner 10 points and would be guaranteed qualification with two games (against Cape Verde next month and Tanzania in March 2019) to spare.  Cranes coach Sebastien Desabre is aiming to complete the job early but does not want to be carried away by the prospect.

Desabre has urged his players to respect Lesotho but also focus and score goals to win the games. Following the goalless draw with Tanzania on September 8, Desabre expects his charges to raise their game against Lesotho.

Desabre will keep tabs on the outcome of the double-header between Tanzania and Cape Verde. In the event that either of Cape Verde or Tanzania collects six points, it thrusts them into contest for the two qualification slots at stake.

The last time Lesotho visited Namboole, in September 2006, they lost 0-3 to The Cranes. But when Lesotho hosted The Cranes in July 2007, the game ended in a goalless draw.

That said, Lesotho cannot be taken for granted. The Southern African side has already held both Tanzania and Cape Verde to one-all draws, proving they are no easy opponents.