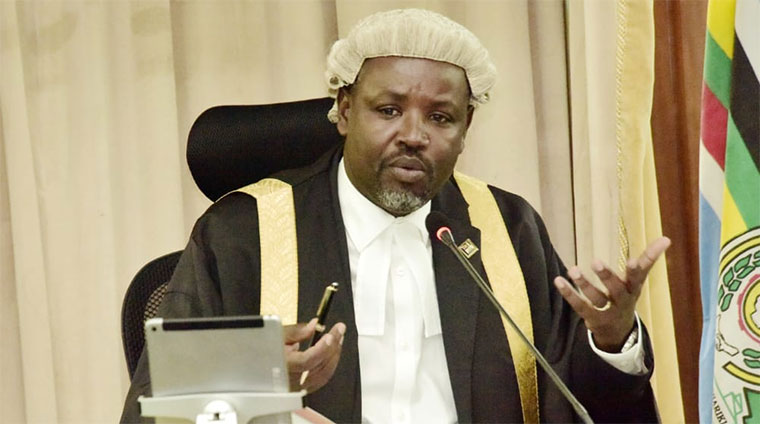 The deputy speaker of parliament Thomas Tayebwa has directed the ministry of Public Service to reinstate 171 legal police officers back on the payroll after enduring three months without pay.

The affected officers were recruited in 2010 on contracts and were being paid salaries equivalent to that of the directorate of public prosecution (DPP) but their names were deleted from the payroll this October.

A copy of the public service salary structure for the FY 2022/2023 for the office of the DPP seen by URN, shows that the DPP and the deputy earn Shs 22.5 million and Shs 20 million (U1S), respectively and Shs 3 million for the lowest officer, state prosecutor every month.

Tayebwa told the state minister for Public Service Grace Mary Mugasa that the government has been paying the officers' salaries since 2010 and cannot just suddenly take them off the payroll over claims of overpayment.

Mugasa requested the deputy speaker to allow her to table a report next week to explain why the ministry took the decision to scrap the police officers off the payroll. But her plea fell on deaf ears with Tayebwa insisting that the ministry of Public Service committed an illegality that prompted the aggrieved police officers to seek redress in court.

"Hon minister this is not a matter where we need a report. Listen to me Hon minister, kindly take your seat. You have been paying these police officers, they have taken you to court after government had not considered them for review. In 2010 after the president came to know about this issue he issued a directive. I don't know how Public Service really works on such a matter. It is not a matter for reporting here, it is to go and you reinstate people on their rightful salaries," said Tayebwa.

Furthermore, Tayebwa pointed out that in order to address the wage concern of the police officers, parliament even passed a supplementary budget of Shs 17 billion to cater for their wages thus scrapping them off the payroll is unjustifiable.

Tayebwa also produced a copy of a letter addressed to parliament by the Inspector General of Police (IGP) Martins Okoth Ochola protesting the move to delete the affected police officers from the payroll. Premier Robinah Nabbanja asked Tayebwa to forward to her office the different correspondences relating to the grievances of the officers and promised to expeditiously handle the matter to its logical conclusion.

Its either their public service or redress sought in court. Tayebwa unlawfully constituted himself into court
Report to administrator
+1 #2 M!K! 2022-12-12 04:43
Does the speaker, as head of the legislature, has the authority to issue such a directive?

The legislature can pass laws that the executive has to implement, and it can also influence executive actions through the power of the purse since allocate the resource.

Who implements a directive like this, and what would Tayebwa do if it is ignored? Is the legislaure an extension of the executive?
Report to administrator
0 #3 Nicholas T 2022-12-12 16:02
I love the way our speakers easily pass unattainable directives.

I need to remind myself which of the directives has been effected!
Report to administrator