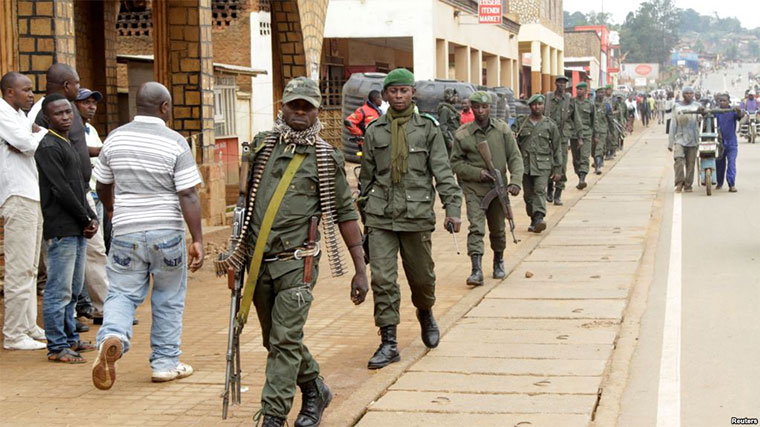 The Democratic Republic of Congo (DRC) says the civilian death toll from what it calls a massacre by rebels with the March 23 movement, known as M23, has risen to 272.

The increased death toll was announced at a press briefing Monday in Kinshasa by the minister of Industry and former governor of North Kivu province, Julien Paluku. The Congolese army last week accused the M23 rebels, of killing at least 50 civilians in North Kivu’s Kishishe village.

The government later increased the estimate to more than 100. But Paluku said figures from local groups put the death toll closer to 300. In total, he said, about 272 civilians were killed. Paluku added that the rhetoric from Rwanda’s (President Paul) Kagame claims that it is the rebel Democratic Forces for the Liberation of Rwanda who are being killed, it is the armed groups. But in Kishishe, he said, most of the people who were killed were in an Adventist church.

A spokesman for the M23 rebels, Lawrence Kanyuka, told VOA that the group did not target civilians and blamed the Congolese army for breaking a November 23 truce. But M23 said “stray bullets” from clashes killed eight civilians.

The fresh fighting broke out just days the presidents of the DRC and Rwanda, meeting in Angola, agreed to a ceasefire. The M23 rebels were not part of the deal, but since the agreement there had been no fighting reported between the Congolese army and M23 until last Thursday.

Kinshasa accuses Kigali of supporting the M23 rebels, which it denies.

US Secretary of State Antony Blinken on Monday urged Rwanda President Kagame to cease all support for M23 and called for all sides to respect the Angola truce.

Separate week-long talks in Nairobi between the DRC government, armed groups in eastern Congo, and regional leaders wrapped up Tuesday with calls for more efforts for peace with talks in the DRC.

The main rebel group, M23, was not invited to the talks because they refused to give up territory seized since fighting erupted a year ago. The M23 rebels are mainly Congolese ethnic Tutsis who say the government broke a deal to integrate them into the army.

They began taking territory in November 2021 and in October moved toward the city of Goma. The East African Community has deployed hundreds of troops from Burundi and Kenya as part of a regional force to try to quell the violence.

0 #1 kabayekka 2022-12-08 15:52
One gets tired of Africans who do not seem to learn from their mistakes. It seems that the people of the DRC want the great mess they have always been in to continue to overwhelm them for decades.

Why? If the M23 want to integrate into the DRC military they should do so. What they must not do is to get into the army of the DRC and monopolize it and use it to capture power like their tribespeople have done so in Uganda and Rwanda for the last 40 years.

But even if they misbehave in the army they will suffer the consequence of it other than running all over the country for many years and counting, maiming, arresting and killing fellow Africans in the name of wanting to govern the world!
Report to administrator
0 #2 Lysol 2022-12-08 19:30
The Congolese continue to suffer due to weak leadership. They have allowed their smaller neighbors to walk all over them.
Report to administrator