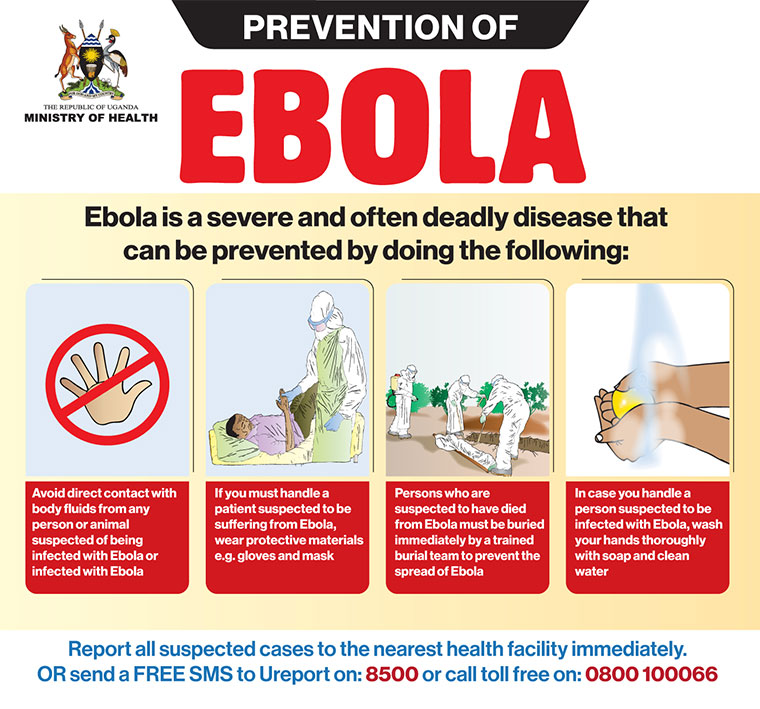 Mityana district has confirmed its first case of the Ebola Virus Disease, bringing to six the number of districts that have confirmed the virus in Uganda.

The other districts with confirmed cases are Kagadi, Mubende, Kyegegwa, Kassanda and Bunyangabu. Mityana is a neighbouring district to Kassanda district, which, together with Mubende, have been flagged as the epicentre for the rare Sudan Ebola strain that has so far claimed 25 lives including six medics. 64 cumulative cases have been confirmed and these have over 2,000 contacts.

The Mityana case is of a female patient who tested positive for Ebola in Manyi sub-county. She fell sick hardly a week after the death of her mother inside a shrine and later buried at Madudu in Mubende district. The patient’s child also died soon after at Manyi health centre - raising suspicion among the community health members.

Dennis Mono, the district surveillance and the Ebola focal person confirmed the Ebola case. He said that the patient was evacuated from Mityana hospital on Monday and taken to Mubende hospital. The health workers who attended to the patient and her child have been isolated.

Mono says that the district team with other health officials has embarked on tracing the patient’s contacts to curb further spread of the virus. Mityana resident district commissioner Afrikano Aharikundira says that they have activated all the task force teams from the village to the district level as well as village health teams (VHTs).

On Saturday last week, President Museveni announced 21 days of lockdown in Mubende and Kassanda districts restricting movements in and out, as a measure to mitigate the spread of Ebola virus disease. The restrictions also affected seasonal markets, worship places, and social places like bars and gyms while all burials shall be conducted by the safe burial teams.