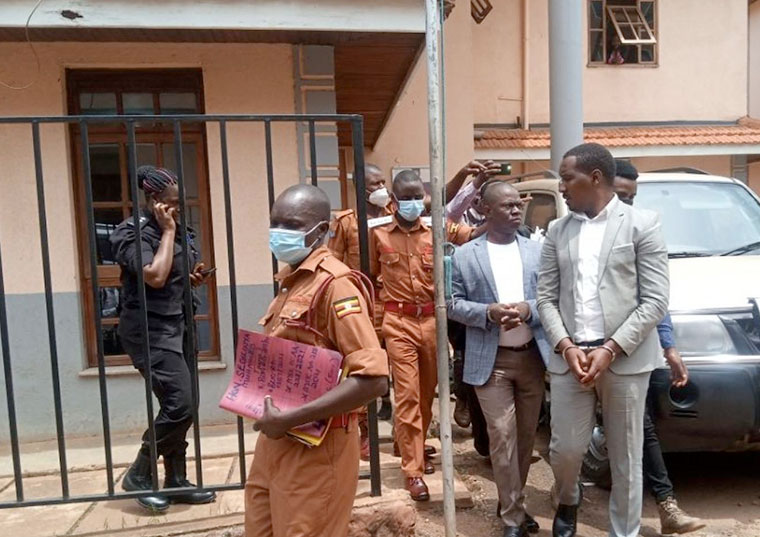 He explained that their decision to apply for the transfer was based on a ruling delivered last week in, which the ICD dismissed an application seeking to consolidate two files in the case, which would lead to the transfer of the file in Masaka to Kampala for an expeditious hearing.

In his response, the assistant director of public prosecutions Lino Anguzu argued that the right procedure is to dismiss the application, saying that they wouldn't press for costs as the state. However, in her ruling, justice Khauka noted that whereas the High court has original jurisdiction to entertain several matters, the ICD is unable to hear the bail application and ordered the transfer of the files to the judge who is handling the murder case.

On September 7, 2021,  Ssegirinya and Ssewanyana were arraigned before the Masaka chief magistrate Charles Yeteise (now retired) together with five others on three counts of murder and attempted murder charges allegedly committed on August 23, 2021, at Ssetaala and Ssenya villages in Kimanya-Kabonera division, Masaka City.

The legislators were jointly charged with Jackson Kanyike, John Mugerwa, Bull Wamala, Mike Sserwadda, and Jude Muwonge. The group was later on September 15, 2021, slapped with additional charges of terrorism, aiding and abetting terrorism thereby making it one file stemming from Masaka police.

The legislators applied for bail on this file and it was subsequently granted by lady justice Victoria Nakintu Katamba with orders that they pay Shs 20 million each. She also directed them to deposit their passports with the court. However, the legislators were re-arrested in the precincts of Kigo prison on separate occasions shortly after fulfilling the bail conditions set by justice Katamba.

Subsequently, on September 29, 2021, the state slapped the MPs together with one Tonny Ssenyonga with another charge for the murder of Joseph Bwanika, a resident of Kisekka B Village, Kankamba Parish, Kisekka Sub County in Lwengo, and arraigned them before Masaka grade one magistrate, Grace Wakooli.

The MPs made a second attempt to secure bail on the fresh charge in vain because justice Lawrence Tweyanze dismissed their application on grounds that they would interfere with the ongoing investigations. However, this file from Lwengo district was separated from one from Masaka district.

The defense lawyers filed an application for bail in the International Crimes Division in Kampala seeking the release of their clients on the Lwengo murder file, which is in Masaka court. They also filed an application seeking to consolidate the two criminal files to have an expeditious hearing of the cases and avoid abuse of the Court process.

The lawyers had hoped that since they are all in High courts and have unlimited jurisdiction, their bail is most likely to be entertained in the ICD Kampala. But the International Crimes Division ruled that it couldn't consolidate the files since it was alien to criminal procedure matters and the rules of this country.

ICD also rejected the application on the grounds that it couldn't order the Masaka High court judge to bring the file since they are at the same level.  It's against this background that the defense lawyers on Monday asked for the transfer of the bail application.

Meanwhile, justice Komuhangi is yet to decide on an application seeking to protect the identities of 17 witnesses the prosecution intends to rely on to prosecute the accused persons. The ICD  main case will now return on October 10, 2022, for a further pre-trial hearing.

+3 #1 Apollo 2022-10-03 19:41
This colonial legalism is so sick and sickening! This drama does not help justice. These worships and lordships and ladyships and honorships and all the ships of all kinds are not helping the cause of justice.

It is little wonder why the simplest of matters take decades to be decided. And the blackmail is callous. They tell us how they have the only jungle that can hide anyone when things get out of hand but the game(s) they play with cases tantamount to injustice.
Report to administrator
0 #2 sula 2022-10-04 13:46
1- No doubt no one could have foreseen the probability of a genocide in Rwanda. But people were taken by surprise, but more surprising is the level of primitive brutality. No doubt the causes of the genocide had long term and short term causes.

2- Given the Rwandan painful experience , one would expect political actors not to act consciously or unconsciously in a manner that can cause people to accumulate hatred over a group of people.
Report to administrator
0 #3 kabayekka 2022-10-04 22:05
Apollo, one cannot say that justice in Uganda these days is colonial. This case is very clear in terms of common and universal laws.

Colonialists never re- arrested culprits that the judges had released on bail. The colonial governors would continue to wait until the culprits are pronounced guilty so that they are then taken into custody pending an Appeal if any.

It is unfortunate that black governments are doing real injustice to their fellow black people left, right and center.
Report to administrator