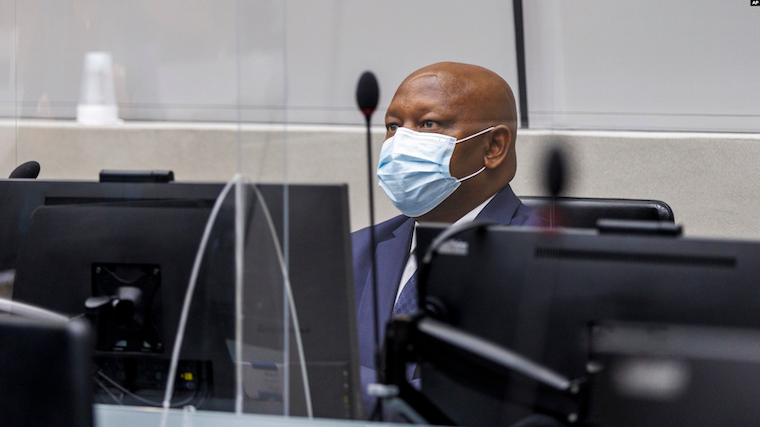 FILE - Kenyan lawyer Paul Gicheru listens to charges against him

A Kenyan lawyer who was charged with bribing and threatening witnesses who were to testify against the country’s current president, William Ruto, has been found dead.

Kenyan police and family members of Paul Gicheru confirmed his death Monday night to local media. It was not immediately clear what caused the 50-year-old lawyer’s death, and a police spokesman did not answer our calls.

The Kenyan Human Rights Commission (KHRC) told VOA news, Gicheru’s death while he faced a trial before the International Criminal Court for alleged witness tampering is quite unfortunate.

“It’s unfortunate that he has passed on under mysterious circumstances. As we speak right now there have not been conclusive investigations surrounding the circumstances of his death,” Martin Mavenjina, KHRC senior program advisor said.

Mavenjina says that he’s been keeping up on Gicheru for a long time and death is a big surprise.

“I have been keenly following Paul Gicheru since he surrendered to the ICC,” Mavenjina said. "At no point in time have we been informed that Paul Gicheru had any health conditions or underlying health conditions or was sick at any point in time. We received this news in shock yesterday because the way it was reported you know he was found dead at his house with foam coming out of his mouth.”

Gicheru was facing charges of bribing and threatening witnesses in a case against Kenya’s newly-elected president, William Ruto, and broadcaster Joshua Sang. Ruto and Sang were among several Kenyans, including former president Uhuru Kenyatta, who were charged with prompting violence in the 2007 disputed election.

Street clashes over the election left more than 1,000 people dead and hundreds of thousands displaced. The ICC declared a mistrial in 2016, citing witness tampering, and a trial against Gicheru and Sang began in February with Gicheru pleading not guilty.

ICC spokesperson Fadi El Abdallah told VOA he could not comment on Gicheru's case until the confirmation of Gicheru’s death was submitted by Kenyan authorities to the trial chamber.

A statement issued by the Law Society of Kenya urged the inspector general of the National Police Service to ensure that thorough investigations are conducted. It goes on to say that it’s in the public domain that several witnesses in the ICC cases have either disappeared or died, therefore there is significant public interest in knowing what caused Gicheru’s death.

The group also wished a speedy recovery to Gicheru’s son, who was reportedly in the same house with his father at the time of his death and has been admitted to the hospital in critical condition.