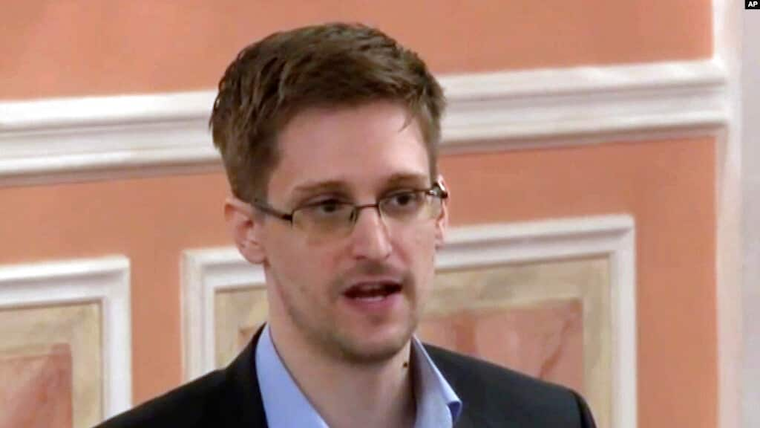 Snowden, 39, was one of 75 foreigners granted citizenship by the Russian leader but says he has no intention of renouncing his US citizenship. Russia granted him asylum in 2013, where he has been living since.

The US State Department immediately mocked Snowden's new-found citizenship status in Russia, saying he "may well be conscripted" to fight for Russia in its now seven-month invasion of Ukraine.

Despite the State Department speculation, Snowden lawyer Anatoly Kucherena said that Snowden would not be subject to the 300,000-troop mobilization that Putin decreed last week to help Russia's flagging war in Ukraine, since Snowden has never served in the Russian army.

Putin said only those with previous military experience would be called up, though there have been widespread reports that others have been summoned as well, including men arrested at protests against mobilization.

Snowden, a former contractor with the US National Security Agency, was granted permanent Russian residency in 2020 and said at the time that he planned to apply for Russian citizenship, without revoking his US citizenship.

Snowden considers himself a whistleblower and when he leaked the classified US documents, some US government critics hailed him as a hero advancing government transparency. But numerous government officials said they were appalled at the leaks and called for his swift apprehension and prosecution.

Kucherena told the state-run news agency RIA Novosti that Snowden's wife, Lindsay Mills, is also applying for Russian citizenship. Mills joined Snowden in Moscow in 2014. They were married in 2017 and have a son together. White House press secretary Karine Jean-Pierre declined to comment on Snowden's new citizenship status.

Snowden's revelations, published first in The Washington Post and the Guardian, amounted to one of the biggest security breaches in US history. The information he disclosed revealed top-secret NSA surveillance as part of a program known as PRISM and a wide range of digital information.

In 2017, Putin said in a documentary film that he did not consider Snowden "a traitor" for leaking government secrets.

"He did not betray the interests of his country," Putin said. "Nor did he transfer any information to any other country which would have been pernicious to his own country or to his own people. The only thing Snowden does, he does publicly."

In 2020, Snowden explained his decision to seek dual citizenship.

"After years of separation from our parents, my wife and I have no desire to be separated from our son. That's why, in this era of pandemics and closed borders, we're applying for dual US-Russian citizenship," Snowden wrote on Twitter at the time.

"Lindsay and I will remain Americans, raising our son with all the values of the America we love — including the freedom to speak his mind. And I look forward to the day I can return to the States, so the whole family can be reunited," he said.

Quite normal; Russia has VETO power in UN Secutity Council & can shut up USA/EU/UK!

USA/EU/UK are waiting for next useless UN meettings tobe shut up by Putin, while Museveni, Kagame, Jinping, Erdogan...enjoy the shows from their lifetime posts!

Why are USA/EU/UK still members of UN & financing destruction of of the world by demon lifetime rulers?

Are migrants fleeying to Russia that has VETO power in UN?

Once USA/EU/UK end membership & financing UN, which countries will still be siding with demon rulers, shut up developed world at UN meetings?

Just as NO to the tribalistic system is all Ugandans need, if they want Museveni out & deprive him of citizenship!
Report to administrator