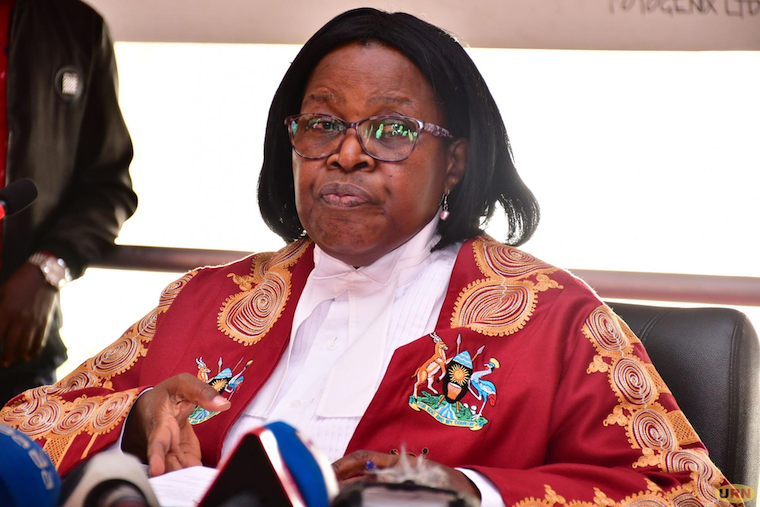 Jailed lawyer Male Mabirizi Kiwanuka has filed an application in the High court seeking orders to compel the secretary to the judiciary Pius Bigirimana to publicly apologize to Supreme court justice Esther Kisaakye.

In an application filed in the High court in Kampala, Mabirizi who is currently serving a prison sentence for contempt of the judiciary, argues that the actions of Bigirimana in writing to Kisaakye demanding that she explains why a salary for nine months paid to her while she stayed away from work shouldn’t be recovered interfere with the judiciary which must be independent.

“I also know that the power to discipline a justice of the Supreme court or any other justice or judge or any other judicial officer does not belong to the permanent secretary/secretary to the judiciary. I know that the said letter derogated the non-derogable right to a fair hearing because it demanded a refund before any hearing…The letter had the effect of undermining the independence of the judiciary. It is in the interest of protecting the independence and integrity of the judiciary that the application is granted,” Mabirizi’s affidavit reads in part.

Following Bigirimana's letter, Kisaakye retaliated in an open letter that she has studied and practised law for a long time and as such can't be schooled in matters regarding her rights to annual leave and salary.

Mabirizi also adds that Bigirimana is holding the position of permanent secretary/secretary to the judiciary illegally after the 2020 ruling by the Constitutional court that the judiciary must be self-accounting for it to foster the independence that the constitution envisions.

In 2017, the Uganda Law Society petitioned the Constitutional court seeking to nullify a number of clauses in the Public Finance Management Act which they said subjected the judiciary to control of the legislature and executive yet they are equal arms of government.

Therefore, Mabirizi wants the court to issue, “a declaration that the 1st July 2022 letter by Pius Bigirimana signing off as permanent secretary/secretary to Judiciary to…justice Esther Kisaakye…was illegal procedurally improper, ultra vires the functions of the signatory null and void."

Mabirizi’s application comes on the heels of calls by different organizations and individuals decrying Kisaakye’s ‘mistreatment.’ Among the organizations that have spoken out about the way Kisaakye is being treated is the International Commission of Jurists which demanded that before Bigirimana moves to enforce his directives, he must ensure that Kisaakye is given an opportunity to respond.

Kisaakye rose to prominence last year when she emerged as the lone dissenter in an application arising out of a presidential petition filed by the National Unity Platform (NUP) former presidential candidate Robert Kyagulanyi seeking orders to nullify the victory of President Museveni.

When the court convened to issue its ruling on the application by Kyagulanyi seeking to introduce new evidence supporting the petition, Kisaakye was not allowed to issue her dissent. She later told journalists that chief justice Alfonse Owinyi-Dollo had confiscated her ruling.

0 #1 kabayekka 2022-09-27 19:23
This is a case of a civil servant interfering in the politics of this country by antagonizing judges left, right and center.
Report to administrator