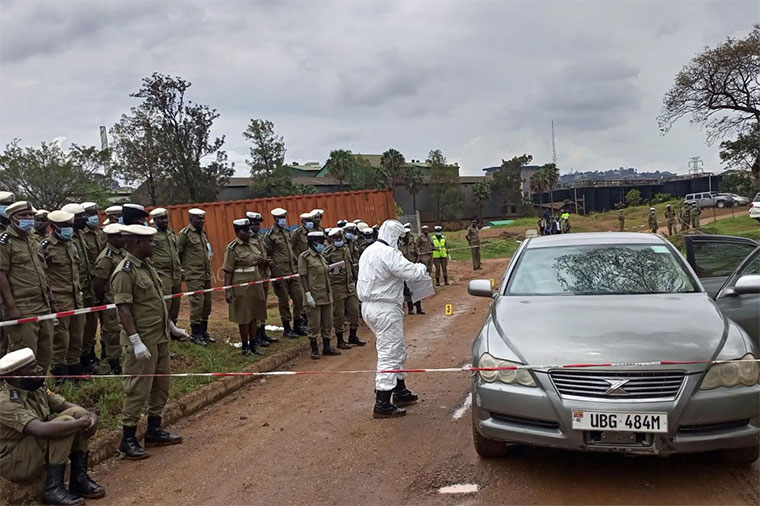 Police have so far collected Shs 4.8 billion from traffic penalty offenders. Although the police headquarters at Nateete police station has not yet divulged the total collection, a senior traffic officer has revealed that by Wednesday last week, they were short of less than Shs 200 million to hit Shs 5 billion mark.

The traffic officer added that Kampala metropolitan has almost 60 per cent of the total collection from penalty defaulters attributing this to the biggest numbers of vehicles that flock to the city every day as people go to work or go shopping including trucks that offload goods every day.

“I am sure if we added the collection from Thursday and Friday last week, we might have more than five billion shillings so far. But Kampala metropolitan has contributed almost 60 per cent of this collection. We are optimistic that our target of unpaid penalties will be achieved,” a senior traffic officer said.

Rogers Nsereko Kauma, the Kampala metropolitan traffic police commander, said that as of September 15, Shs 2.186 billion had been collected from penalty defaulters.

However, traffic police have encountered numerous challenges during the collections. Kauma explained that many drivers had tickets with uncoordinated details like number plate, place where the traffic offence was committed or the car make.

For instance, some drivers have been issued tickets from places they have never been to or their numberplates are on car makes which they have never driven all their lives. Kauma said there are drivers of Premio or Raum cars but the tickets indicate they were driving Escania, buses or trucks bearing number plates on their small cars.

Nampiima has reminded drivers whose vehicle number plates were captured by the Closed Circuit Television (CCTV) cameras driving beyond the stipulated speed in some areas to clear the penalties by Monday this week. Failure to do so, Nampiima said such vehicles will be impounded as part of penalty defaulters starting tomorrow. Police have also cautioned drivers against driving responsibly only when they see traffic officers on the roads.

+1 #1 Ebmok 2022-09-26 20:54
Shame on you guys!! Work on vehemently helping road users comply with traffic rules and as well work with UNRA / Min. of Works / Councils on making our roads better instead of jubilating in poor Ugandans' predicaments.

In fact, traffic police officers have turned into wicked hunters literally way laying road users like a bird flying into a hunter's trap! They're so eager to find something to issue a ticket about or get a kickback for the same!
It's a shame.
Report to administrator