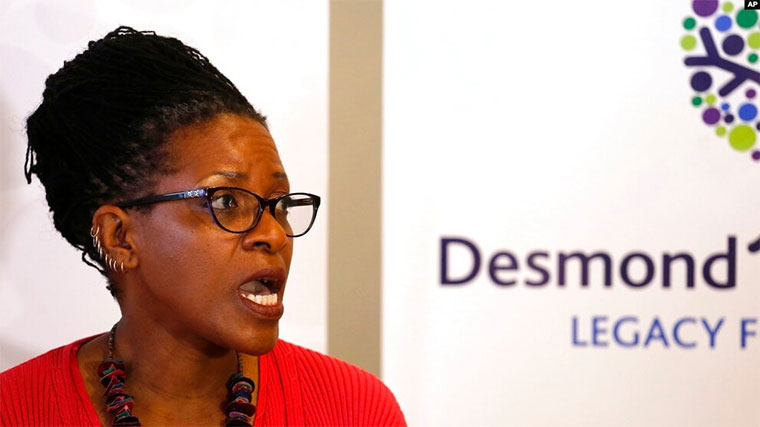 The Church of England said the daughter of the late Archbishop Desmond Tutu could not be an officiant at her godfather’s funeral in England because she is married to a woman.

The Rev. Mpho Tutu van Furth told The New York Times that she was “stunned” by the church’s “lack of compassion.”

However, Tutu was able, in the end, to fulfil her godfather’s wish. She was able to officiate his funeral, as the service was moved from a church and was instead held in her godfather’s garden in Shropshire.

Martin Kenyon, Tutu’s 92-year-old godfather, died last week. His funeral was held Thursday. Kenyon and Desmond Tutu became friends when they were both students at Kings College. The archbishop was Kenyon’s daughter’s godfather.