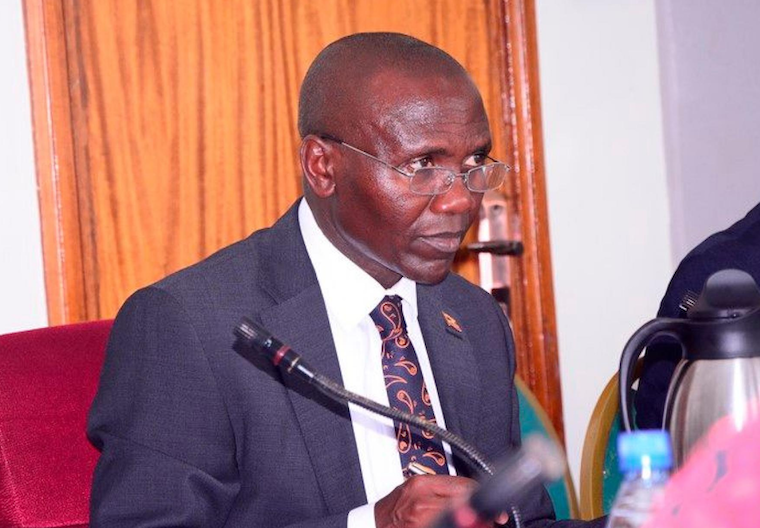 MPs on the public accounts committee (PAC-central government) have recommended that Dr Baterana Byarugaba, the former Mulago National Referral hospital executive director be investigated and prosecuted over the alleged loss of funds meant for payment of interns and senior house officers.

The committee also wants a specific account opened by the hospital through which interns and senior house officers (SHOs) will be paid henceforth. The recommendations are contained in a report tabled before parliament by Medard Lubega Sseggona, the PAC chairperson.

In the 2020/2021 report, auditor general John Muwanga noted that Mulago hospital received a transfer of Shs 3.86 billion from the ministry of Health that was neither recognized in the statement of financial performance nor reported in the financial statement, thereby causing a misrepresentation.

Sseggona reported that while interacting with officials from the hospital, Baterana admitted that they did not recognize, treat and disclose the amount in question received from another vote in their statement of financial performance. Sseggona says that non-recognition of transfers of funds received from other votes is non-accountability and could result in the misappropriation of public funds or complicate scrutiny and is accordingly suspicious.

“The committee observed that the accounting officer and his team did not provide accountability for the Shs 3.867 billion meant for the payment of interns and senior house officers despite the committee's request while meeting the team,” he noted.

He further reported that the committee required having electronic financial transfers (EFTs) that could account for the money, but they instead received those that related to different financial years outside the scope of this inquiry, thus irrelevant.

“To that end, therefore, the committee observed that the sum of Shs 3.867 billion was not satisfactorily accounted for. The committee notes that the use of the account 'Mulago Infrastructure Development' which was opened for a specific function to receive money for payments of interns and SHOs was irregular and susceptible to abuse,” Sseggona said.

The committee also wants Baterana to be held liable for another Shs 234.91 million which remains unaccounted for and must be refunded to the treasury. MPs want criminal investigations to be commenced by the police against him with a possibility of prosecution.

This stems from the auditor general’s findings that Shs 294.63 million was diverted from activities for which they were budgeted by the entity and spent on other activities without seeking and obtaining the necessary approvals in accordance with Section 22 of the Public Finance Management Act (PFMA), 2015.

“The accounting officer admitted to reallocating a total of only Shs 59.72 million from other budget items like advertisement and public relations. He attributed this to the disruptions in operations caused by the COVID-19 pandemic, forcing them to incur unbudgeted costs of transporting medical workers and accommodating those on shifts,” reads the committee report.

Sseggona said that, whereas the committee is cognizant of the peculiar circumstances under which institutions were operating during the pandemic, the practice of reallocating funds without following statutory procedure is offensive to law and established accounting principles. He further explained that this undermines the budgeting process, distortion to plans and budgets and it leads to unauthorized spending thereby exposing funds to misuse.

Sseggona also observes that COVID-19 could not prevent the accounting officer from seeking authority through the exchange of letters and emails. Thomas Tayebwa, the deputy speaker said that the house would debate the committee report on Tuesday next week and take a vote. The committee report comes at a time when Baterana is facing charges of fraudulent accounting, abuse of office, embezzlement and causing financial loss to the government preferred against him by police in March.

Baterana had earlier been arrested by the Statehouse health monitoring unit (SMHU) for crimes committed in the last four years that cost the government over Shs 28 billion. Mulago hospital came under scrutiny following numerous complaints from the public about the service and management.

Preliminary findings from the investigations by the SMHU that began in April last year revealed a number of inconsistencies and fraudulent accounting in four areas. These include finances, equipment repairs and maintenance, procurement of medicines and other medical supplies and illegal operations of private pharmacies within the hospital.

Baterana was interdicted pending a hearing of charges against him. Before his interdiction, he served as Mulago executive director for 19 years. He was appointed by President Yoweri Museveni to improve services at Mulago hospital and fight corruption that had be-deviled the institution.

His appointment followed investigations into allegations of corruption and mismanagement by the SMHU that saw the transfer of the then executive director Dr Edward Ddumba.

After all, the oil proceeds are going to end up like everything this regime touches, i.e., STOLEN!
Report to administrator
+2 #3 Lakwena 2022-09-22 10:14
In other words, since the current regime came to power thru corrupt (unlawful method) and hold unto it thru the same; we absolutely need a Brand New government and country name.

At this rate who is still proud of being a Ugandan, where dressed up thieves, armed robbers, murderers, sorcerers, etc. with menace want our loyalty and respect. NYET!
Report to administrator
+4 #4 Joe 2022-09-22 10:49
This is a small fish, what he and his team misappropriated is peanuts, for a team of government servants that are least appreciated, the doctors.

Let him be an example to other doctors that in Uganda today, if you steal, steal big, don't waste parliamentary resources and time investigating loss of peanuts.
Report to administrator
+5 #5 Ebmok 2022-09-22 11:30
Maaann!!! You're almost tempted to say these guys struck black gold!

I mean, they have unabated access to government cash, which flows like storm water "mukoka" into their hands and they don't even know what to do with it.

Meanwhile, we have unending poor reports about growing government debt and struggling service delivery with failing top-heavy institutes and all sorts of new models being implemented in an apparent attempt to deliver, but which also end up with the same cycle of headlines.

A sane being can now start to question the intention of the head honcho in this unending cycle.
Report to administrator
+1 #6 Akot 2022-09-22 13:28
As Ugandans are bent on ensuring Museveni's evil rule through the divisive tribalistic system that disempowers them & goes against International Principle, thus leaving them alone with the demon, why will they yet go for parliamentary election to ensure the USELESS parliament is open?

Without bringing down the inhuman tribalistic system & UNITING, Museveni will rule with or without presidential election!

Parliament is only there to blind naive Ugandans who naively go for fake elections in the fake country owned by Museveni!

When will Ugandans wake up?
Report to administrator
+2 #7 kabayekka 2022-09-22 21:26
That is what we keep telling those who are responsible for the funds of the taxpayer.

Those who are found to have dipped their fingers into such funds should have their fingers medically amputated as soon as possible and then left into those jobs to try and pay back the money lost.

Whether these criminals belong to the NRM or the official opposition or they are foreigners. That way those who live with them in their various communities, will try to respect them as repentant workers as soon as they are seen with 9 or four fingers on both of their arms!
Report to administrator