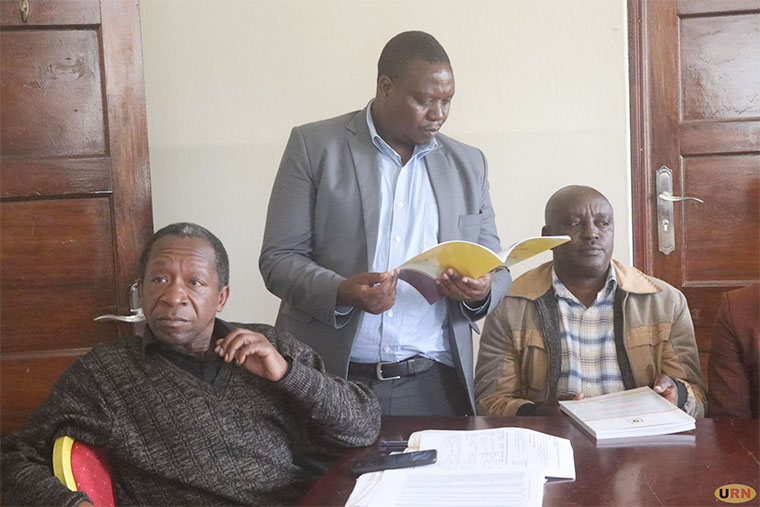 Six officials from Kabale district local government have been released on police bond after refunding part of the missing Shs 289 million meant for the Parish Development Model (PDM) that they allegedly embezzled.

Others arrested were Erasmus Natumanya, the Kabale district commercial officer, and chief finance officer, Julius Mujuni. They are accused of failing to account for the funds during an impromptu meeting organized by Joverine Kaliisa Kyomukama, the deputy national coordinator PDM in the ministry of Local Government.

In February, the government disbursed Shs 400 million to the Kabale district account meant for parish Saccos in sub-counties. The ministry of Finance ordered district officials not to withdraw the money until the government issues fresh guidelines for proper use.

However, the officials only disbursed Shs 111 million. On Monday, civil servants in the district started a drive of mobilizing funds to bail out their colleagues. Area MPs also contributed and raised Shs 120 million.

Yesterday Tuesday, Shs 120 million was deposited on Kabale district account number 01983501007176 in dfcu bank. The suspects committed to refunding the balance at the beginning of next month.

The suspects were later released on police bond. Elly Maate, the Kigezi regional police spokesperson said that the release of the officials was reached after a meeting with Kaliisa.

"They have agreed they can be bonded as they sort themselves out. Police bond is just an agreement between a suspect and the state. It is a temporary release from custody as inquiries continue and still the outcome will determine the way forward. So that is why they are being released on police bond," said Maate.

Kaliisa said that they opted to have the suspects out of detention to allow them to recover the funds. She however said that investigations into the case will continue.

"They accepted that a mistake was done and agreed to reconnect it by paying. As of yesterday, they’d paid Shs 120 million, the rest of the balance will be paid in 5 days. We have committed them and we all agreed, the PS [permanent secretary] and the minister and said that our interest is to recover the money as the law takes its course," said Kaliisa.

PDM is a government strategy or approach for organizing and delivering public and private sector interventions for wealth creation and employment generation at the parish level as the lowest economic planning unit. This is aimed at ensuring support for more Ugandans to increase demand for goods and services.

Their fingers should be cut off depending on how often they have been stealing public funds any how.

Afterwards, these civil servants should be allowed to continue to work so that they can pay back the money they have been taking as theirs.

Imprisoning these African culprits or dismissing them do not help to recover government stolen funds. The tax payer is the looser. And that is why many citizens of this country do not want to pay direct national taxes when this tax revenue is afterwards given to a few individuals who spend it as they so wish!

Some of these nasty NRM civil servants even boast very much about eating the money because even the Inspector of government has failed to do anything about it to stop this corrupt political activity.
Report to administrator
+1 #6 JTB 2022-09-01 16:18
Just think about this, some takes government money and is simply requested to refund!!!!!!

When will corruption end in this country Uganda.
Report to administrator