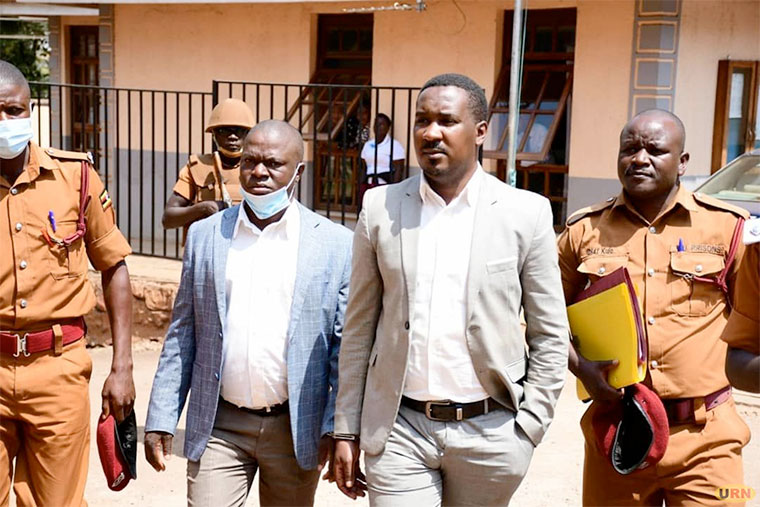 Jailed lawyer Male Mabirizi has petitioned the International Crimes Division (ICD) of the High court seeking to halt the hearing of the case in which Kawempe North MP Muhammad Ssegirinya and his Makindye West counterpart Allan Ssewanyana are accused of murder and terrorism-related charges.

Mabirizi wants the pre-trial hearing halted until the determination of his constitutional petition challenging the legality of the charges against the legislators and five others. The others are Jackson Kanyike, John Mugerwa, Bull Wamala, Mike Sserwadda, and Jude Muwonge.

On November 21, 2021, Masaka Chief Magistrate's court committed the group to face trial in the High court on a string of charges including murder, attempted murder, aiding, and abetting terrorism.

The charges stem from their alleged involvement in the greater Masaka machete killings which occurred between March and June 2021, and claimed the lives of more than 20 people and left scores injured.

But before they were committed for trial, the High court had on September 21, 2021, granted the MPs a Shs 20 million cash bail on terrorism-related charges before the state slapped them with an additional charge of murdering Joseph Bwanika eight days later.

Mabirizi petitioned the Constitutional court, arguing that the additional charges brought on a different criminal file amount to political persecution, which is unjustifiable in a free and democratic society and therefore unconstitutional.

He said that the additional charges deprived Ssewanyana and Ssegirinya of Shs 20 million, which should not have been the case had the state presented an amended charge sheet.

According to Mabirizi, the state actions made it hard for the MPs to get effective representation from a lawyer of their choice at their own expense and it required them to make new bail applications on offences alleged to have been committed within the same period and area.

He asked the Constitutional court to quash the duo’s trial and order their immediate and unconditional release and award him general and exemplary damages for the disturbances arising from the said state actions which he described as unconstitutional.

In his application before the ICD, Mabirizi contends that the petition in question came up for hearing on June 16, 2022, but it was not heard. He argues that this was because two members of the panel disqualified themselves from presiding over the matter and the court promised to re-fix it soon as possible.

According to Mabirizi, his petition raises serious issues that require interpretation by the Constitutional court, and there is a threat of conducting the trial proceedings before the determination of the petition since the criminal matter is now at the pretrial stage.

"The applicant together with honorable Allan Ssewanyana Aloysious and honorable Ssegirinya Muhammad will suffer irreparable injury if the application is not granted," argues Mabirizi.

In the interest of justice, Mabirizi wants his application to be granted or in the alternative, the court merges the two files against the accused such that they can be heard and determined together to avoid double jeopardy and persecution.

The matter which lists the Director of Public Prosecutions (DPP), Attorney General, and the accused persons as the respondents to this case is yet to be fixed for hearing.

When contacted, lawyer Geoffrey Turyamusiima who represents four of the seven accused persons in this case over the matter, said that during the hearing of the application, he will strongly object to it and ask for dismissal on the basis that it will infringe on the right to a fair and speedy hearing.

Mabirizi remains at Luzira Maximum upper-security prison since February 22, 2022, serving a jail term of 18 months for contempt of court.

+2 #1 sula 2022-08-12 17:42
1- Better Amin or Obote, yes it is not right to kill, but for them death was a short cut.
2- museveni is , the pain and torture he has unleashed on Ugandans is leaving no alternative other than revenge.
Report to administrator
+2 #2 kabayekka 2022-08-12 20:46
With such shoddy work in the judiciary of this country, it is unfortunate that neighboring African countries are attracted to such human rights oppression and want to join the East African community with the continuous encouragement by this current government of Uganda. The saying is true that charity begins at home.

If Uganda cannot look well after its own at home how can these African states even think of any better development in their people's lives if they get hold of their hard fought for sovereignty and give it happily to others to trample on? What will those who look and stare say exactly?
Report to administrator
+4 #3 stevenn 2022-08-12 23:49
The judiciary is an active participant in the gross human rights violations in Uganda.

The manner in which the bail was cancelled by that new so called judge was a brazen abuse of authority.
Report to administrator