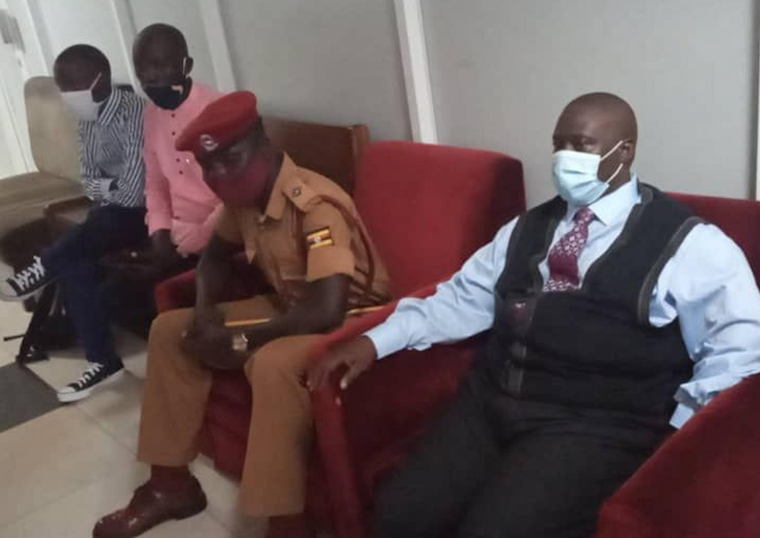 Anti-corruption court judge Lawrence Gidudu has 'lost interest' in jailing former principal accountant in the Office of the Prime Minister Geoffrey Kazinda, saying it will no longer make sense for him to do so since prison has become like his home.

Gidudu made the declaration shortly after finding Kazinda guilty on three counts of embezzling a total of Shs 306.8 million which was a property of the government of Uganda and was part of the Peace, Recovery and Development Plan (PRDP) funds for West Nile and northern Uganda.

The judge has found that the said monies were stolen by Kazinda, who made false accountability showing that it had been requisitioned in April 2011 to hold regional consultative meetings when actually there was no meeting that took place.

He said that the prosecutors gave evidence to show that some of the people in various local governments who had been listed as attendees and service providers were sampled and they denied ever attending the workshops and providing services such as accommodation, meals or training halls to participants. This, Gidudu said, meant that the receipts attributed to the beneficiaries are forgeries.

"The conclusion I make is that the accountability is false. It was never received by prosecution witness (PW1) James Okuja to implement the activities...This evidence apart from being unchallenged is also straightforward and based on documents that speak for themselves. The money in count one ended in A1's pocket (Kazinda's)."

He added that the money “...was converted to the deprivation of the owner. It belonged to government. It was never spent on the purpose for which it was requisitioned. It was stolen by A1/Kazinda who duped Okuja into believing it was wrongly posted on his account. Kazinda accessed the money with a fraudulent intent. He stole it. Kazinda had no defense on count one."

Kazinda was initially charged with Isaiah Oonyu the accounts assistant/cashier in the OPM whom court has acquitted. Gidudu noted that based on the evidence brought before him, Oonyu did not steal any funds since it was clearly established that the final destination of those funds was Kazinda’s pockets and the bogus accountability was found with him.

"The police slept on job," ruled Gidudu. "They had information about the destination of the money but chose not to investigate it. The charges against A2/Oonyu were not justified. There is no evidence to prove beyond reasonable doubt that Oonyu stole money. His evidence that is unchallenged when taken together with finding of accountability documents elsewhere raises a reasonable doubt in the case against him," ruled Gidudu.

After Kazinda was found guilty, state attorney Harriet Ongom asked court to hand him a maximum sentence of 14 years and direct him to refund the stolen monies in question. Ongom argued that this was because Kazinda is not a first-time offender and has been convicted several times on related offenses.

On his part, Kazinda told court that it's not true that he is a repeat offender arguing that he has been in prison since 2012 and that these charges were instituted against him in 2018 when he was already in jail.

As such, in his decision, Gidudu agreed with Kazinda that it's not true that he has been in and out of prison for him to be regarded as a repeat offender. He indicated that he would have given him a custodial sentence of five years out of those provided for but it will not make any sense in sending him to jail since he has been there for long to the extent that prison has become like his place of abode.

Gidudu added that jailing Kazinda has no value and that what is important at the moment is that he recovers the stolen money on behalf of the government. As such, he has directed Kazinda to pay a fine of Shs 7.3 million on top of compensating government Shs 306.8 million.

Gidudu who handed the sentence saying that he suspects more cases to be levied against Kazinda, further ordered that should he fail to pay the fine in question, he should be jailed for 12 months.

Kazinda has been in Luzira prison, for now, ten years after he was first convicted of unlawful possession of government stores and sentenced to five years. Despite finishing the said sentence, Kazinda was held in prison due to pending charges that continue to be brought against him piecemeal by the prosecutors.

Is this civil servant capable of paying back this money when he has not been making a living? The tax payers have been at it paying for his livelihood some years now and counting!
Report to administrator
+2 #2 kabayekka 2022-08-12 09:15
If his finger had been cut off by a doctor in court due to endemic corruption in this country, this civil servant would have stayed on his employment, paid back the money stolen.

He could even have been able to report those who facilited such state corruption for them to have their fingers cut off as well!

Surely tax payers in this country should stand up together and stop Tom and Harry to come from anywhere and over there and eat their money as if there is no tomorrow!
Report to administrator
+2 #3 Apuuli 2022-08-13 15:27
Some people have all the luck in the world. Just imagine being found guilty of having committed a crime, in this case; embezzling lots of money. And then, a presiding judge decides to "lose" interest in sentencing the guilty party. Who said crime doesn't pay?

And by the way, Kazinda's stint in the coolers, doesn't appear to have had any adverse effect on him, does it? He is actually bursting at the seams, he is smartly attired, and generally looks neet and reet. Crime indeed pays, for some in this banana republic.
Report to administrator
+2 #4 PaulM 2022-08-15 06:33
Is this guy really from prison? He looks overfed on chicken and sausages. Anyway, the judge seems to have "gained interest" in the stolen money
Report to administrator
0 #5 Lakwena 2022-08-15 09:25
In other words, it is the indifference (loss of interest) of the Justice Lawrence Gidudu of this country responsible for "Mob Justice"!
Report to administrator