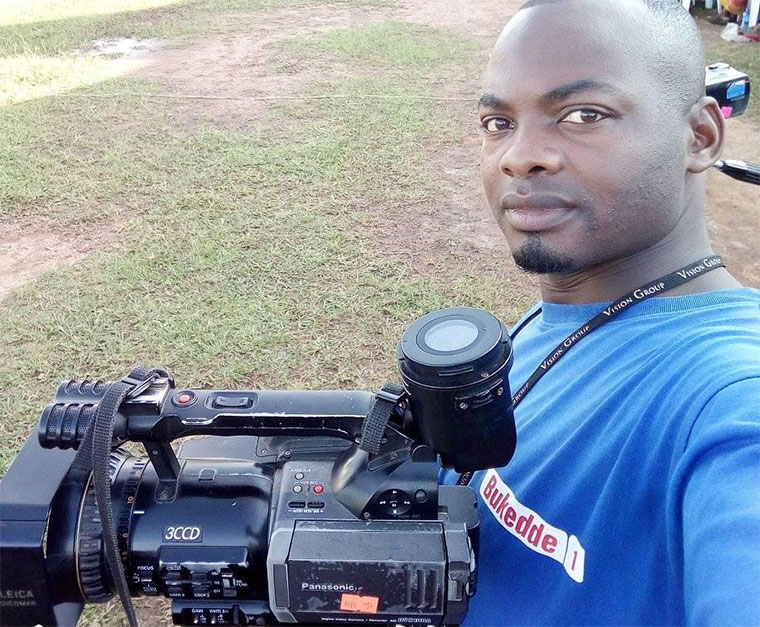 Haruuna Mugerwa, a journalist working with Bukedde TV has spent the night in police cells over the death of a guesthouse attendant in Lwengo district.

Mugerwa is locked up at Mbirizi police station in Lwengo district, as a key suspect in the murder of Janat Nakayiza, 42, a receptionist at Jozana Investments and Lodges in Mbirizi town council.

Muhamad Nsubuga, the greater Masaka regional police spokesperson, says that Mugerwa was arrested together with two other people who are also being investigated over the same offence.

According to Nsubuga, the deceased was killed by strangling on Thursday last week and her attackers went away with some properties from her room.  Police investigations indicate that Mugerwa stayed in the same guesthouse when the murder was committed.

There is suspicion that he is aware of the incident. Records on the police file indicate that detectives retrieved CCTV footage, which Mugerwa coming out of his guesthouse room in the night moments before the crime was committed.

Nsubuga says that they called Mugerwa to record a statement in relation to the incident but he wasn't cooperative, which prompted them to hunt him down to help in the ongoing investigations.

He says that the suspects are awaiting a report from the police forensic team that captured their fingerprints to corroborate the marks found on the body when it was recovered. Mugerwa’s arrest comes barely a month after police in Jinja also arrested two journalists in relation to the murder of a local businessman.