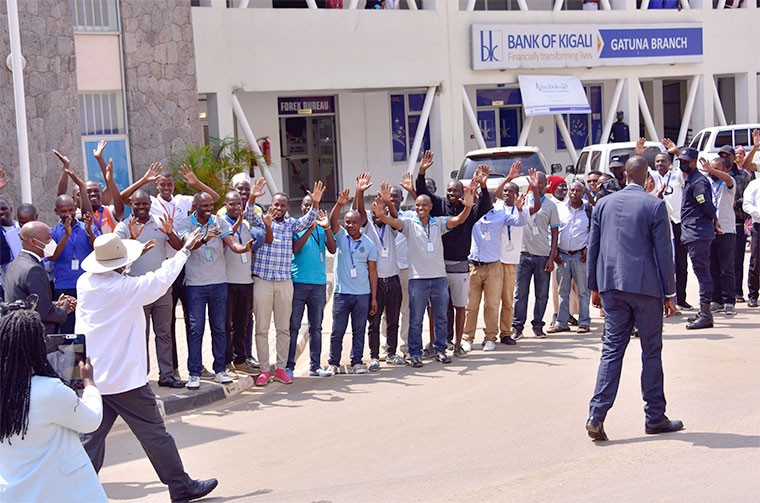 A panel of three judges of the East African Court of Justice comprising Monica Mugenyi from Uganda, Audace Ngiye from Burundi, and Dr Charles Nyawello from South Sudan delivered the verdict read via a Zoom court session by justice Nyawello on Thursday.

The judges noted that the actions of the Rwandan government contravened provisions of the EAC treaty including Article 5, which lays down the objectives of the community, Article 6 on fundamental principles of the Community, and Article 7 which provides for the operational principles of the Community. In February 2019, Rwanda closed the Gatuna border, blocking the movement of people and goods from Uganda and Rwanda.

At first, Rwanda claimed that they had closed the border to pave for road construction works, which left several travelers including cargo trucks stuck at the border. The Rwandan government later accused Ugandan authorities of abducting, arbitrarily arresting, jailing, torturing, and illegally deporting Rwandans who come to Uganda.

Rwanda also accused Uganda of hosting, sponsoring, and facilitating terrorist groups, specifically the Rwanda National Congress (RNC) and The Democratic Forces for the Liberation of Rwanda (FDLR) – that have declared war on the Kigali government.

Rwanda issued an advisory warning to its citizens against travelling to Uganda, saying it cannot guarantee their safety while in Uganda. This prompted Kampala city lawyer, Steven Kalali to sue the Rwandan government on grounds of abusing the EAC treaty provision of free movement across borders, denying Rwandan citizens freedom to travel to a destination of their choice like Uganda, and obstructing trade between the two countries due to the border closure.

Speaking to journalists after the court session, Kalari expressed gratitude that the court determined the case in his favour. He said the ruling should work as a lesson to member states that when they are part of a treaty, they should respect its provisions.

Kalali, who was represented by a team of three lawyers led by Isaac Kenneth Muwanga had asked for cost but the panel ordered that all parties meet their own costs, arguing this was a matter of public interest.

The ruling has been overtaken by events since Rwanda opened its border in March this year following a meeting between the commander of Land forces and first son Muhoozi Kainerugaba and Rwandan President Paul Kagame in Kigali. Last week, Museveni for the first time in five years travelled to Rwanda for the Commonwealth Heads of Government Meeting (CHOGM) in Kigali.

It cannot be believed that it is only a political tool to be used without any powers of punishment to its law breakers!
Report to administrator
+5 #2 Lakwena 2022-06-28 13:11
In other words, just like "Our Problem of Africa" Gen Tibuhaburwa; who for example told off the West not to Lecture him about Democracy; being the diabolic dictator that he is, Gen Kagame also resents being faulted for anything wrong he does to his citizens and/or neighbors.

Can anyone imagine e.g., that after the 3-year closed border was opened, Gen Kagame preferred a "Private Visit" to his comrade in Crimes Against Humanity, Gen Tibuhaburwa; marked by endless First Son, Gen Muhoozi's Birthday Party after Birthday Party.

Strangely, none of the Regimes' govt positions (sides) especially the Opposition said a thing about such indifference about what the two countries citizens had to go through (loss) as a result of the arbitrary and unjustified Common Border Closure.
Report to administrator