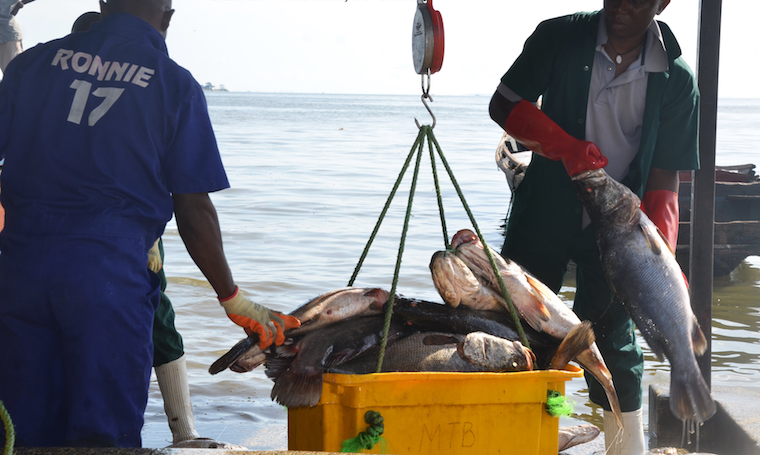 The ministry of Agriculture, Animal Industry and Fisheries together with its Kenyan counterpart have signed a framework for the smooth transit of fish from Lake Turkana in Kenya to the Democratic Republic of Congo (DRC) through Uganda without interference.

This follows the fish trade row which erupted between the two countries in October last year when Ugandan security officers confiscated about 300 tonnes of fish belonging to Kenyan traders that was destined to DRC.

Therefore, following that incident, the ministers of Agriculture under the instructions of the presidents of both Uganda and Kenya agreed to meet and resolve any issues noted out of the fish trade.

Thus in March this year, Maj Gen David Kasura-Kyomukama, the permanent secretary of Uganda’s Ministry of Agriculture together with Kenya’s Fisheries principal secretary, Dr Francis Owino and other officials embarked on a joint mission to Lake Turkana and Busia to witness the type and size of fish harvested and also how the fish is processed and packed in lorries before being transported to Busia enroute to DRC.

Following such engagements, the two countries drafted a framework that will enable the transit of fish from Kenya through Uganda to DRC to take place without any interference.

During the signing of this framework at Busia one-stop border point over the weekend, Kasura said that all the factors that have been hindering fish trade have been addressed through negotiations and consultations with all stakeholders and assured that as long as the fish has all the relevant documentation which have been mutually agreed upon by the two countries, nobody is going to interfere in its transit.

“We believe that the smooth trade in fish from Lake Turkana through Uganda to DRC will not only increase the incomes of traders in the fish and fish products but also contribute to the economies of the three countries and the East African as a region.”

Kasura further assured Ugandan traders that the framework is going to have no effect on fish trade in Uganda because the fish in transit is for Kenya and not Uganda. He, therefore, urged the fish traders to apply this framework because it is for the good of their business.

“I also urge the fish traders to carryout fishing in a sustainable way, and not over exploit it. The purpose of the framework is not to interfere in the fish trade but to ensure that the traders exploit the fishing resources sustainability,” Kasura added.

Dr Francis Owino, the principal secretary of Kenya’s State Department for Fisheries, said they look forward to leveraging on this framework to make sure that their traders can be able to move, trade and transact in the fish business without any hindrances.