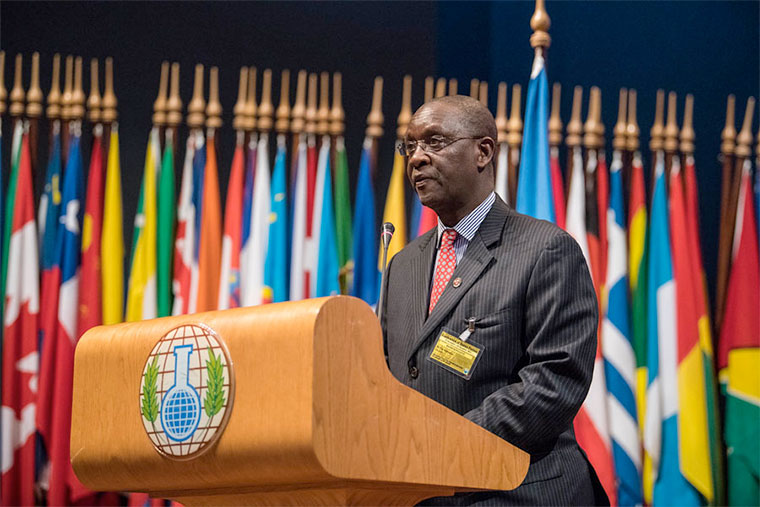 Court of Appeal has adjourned a case in which Monitor Publications Ltd is challenging the decision of the High court in which the Judiciary permanent secretary Pius Bigirimana was awarded Shs 450 million in damages.

In 2017, Bigirimana sued Monitor Publications for defamation during the period 2012-2015 when they published several stories about corruption scandals at the Office of the Prime Minister (OPM) where Bigirimana was then the permanent secretary.

Monitor however appealed against the ruling on May 9, 2022, and the same was fixed for hearing today. However, while appearing for the hearing today, Monitor lawyer James Nangwala from Nangwala, Rezida and Company Advocates, being assisted by Brian Kajubi asked the court to adjourn the case to a later date saying they were not given sufficient time to file their submissions.

Nangwala said that after filling their appeal, they received a notification from the registrar on May 30, 2022, requiring them to file scheduled notes in one day.

"Meanwhile, my colleagues who have a less burden being the respondent were given five days...There has been a rush in the proceedings before the appeal," Nangwala told court before adding that they asked for an extension and were granted a five days extension.

With 1,362 pages of court proceedings upon which Monitor had to base its appeal arguments, Nangwala says, they didn't comply with the timeframe and hence filed in seven days on June 7, 2022. But, Nangwala says that they "don't accurately believe in the scheduling notes filed" since they compiled in a rush and hence needed time to prepare.

He also argued that scheduling procedures were not followed, and with mediation, a possible solution to the appeal application skipped during this case. Nangwala further told court that he will be traveling abroad for surgery in the first week of July and would only return in August, yet he also needs time to recover. Asked why his colleagues cannot sit in for him, Nangwala said that his clients had issued the instructions to him.

"I even have a medical issue, I'm preparing for a surgery next month which makes me psychologically uncomfortable to handle issues as heavy as this appeal" argued Nangwala.

From OSH Advocates, counsel Godfrey Himbaza, representing Bigirimana opposed the application arguing that for them, they had already filed their submissions and that in the absence of Nangwala, his colleagues from the same firm should take up the case.

"My learned friend believes that the scheduling notes they filed are insufficient but at least there is something to work with, his colleagues can build on that," argued Himbaza who also wondered how long the case would stall in case Nangwala's health issues are not addressed and doesn't recover soon.

In response, Court of Appeal justices; Elizabeth Musoke, Muzamiru Kibeedi and Christopher Gashirabake asked why it would be out of range for the respondents to wait for 2-3 more months yet they have waited for five years since the case was initiated in 2017.

Briefing the press after the court session, Nangwala wondered why the case had been rushed in the first place and said he was glad that the panel accepted his prayer to adjourn the case to allow for the applicant to ready themselves for the case.

Nangwala had also asked court to allow him to make an oral submission but this wasn't granted with the panel referring to COVID-19 which has prompted courts to reduce the amount of time spent in physical interactions with court users. Nangwala says he hoped that he would argue the case orally but since court has guided otherwise, he will abide by that.