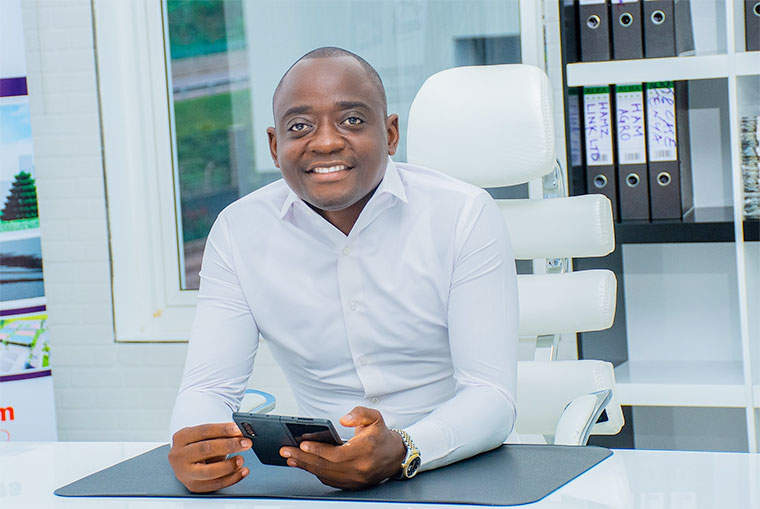 City businessman Hamis Kiggundu has said that the land titles he obtained in Kigo were not issued on Kabaka’s land, but rather inside Lake Victoria.

This revelation was made in a defense filed to the commissioner land registration by his lawyers following a petition by Buganda kingdom seeking cancellation of freehold titles measuring over 140 acres for overlapping Kabaka’s official mailo land.

“The area where our client’s freehold titles are situated is part and parcel of the total lake area and constitutes former public land vested in the Government pursuant to Article 244 (1) (a) of the Constitution,” wrote Kiggundu’s lawyers Muwema and Co. Advocates.

This is a new twist in the long-standing battle between Mengo and Kiggundu over this prime area sand-witched between Mirembe Villas and Serena Hotel Kigo on the shores of Lake Victoria.

In March this year, Buganda kingdom stopped activities where Kiggundu had started constructing a road to the said land claiming to be working with Uganda National Roads Authority (UNRA) to build a drainage channel. UNRA immediately distanced itself and withdrew the permit they had issued to him.

Mengo insisted that the land in question falls on block 273 of the Kabaka of Buganda and all titles being peddled by Kiggundu were acquired fraudulently. Kiggundu then ran to Mengo and when he failed to prove ownership of these titles, he denounced his interest in this land.

“I am a Muganda man and I can’t be seen fighting with the Kabaka. From today onwards, I will never be seen claiming any interest in this land,” Kiggundu told reporters after the Mengo meeting.

Mengo then hired two law firms K&K Advocates and Sebalu and Lule Advocates to begin the process of cancelling the freehold titles that had been issued to Kiggundu, through his company called Kiham Enterprises.

In an interesting turn of events, when the cancelling hearing commenced at the office of the registrar Land Registration, Kiggundu came with a team of lawyers led by Fred Muwema and insisted that the land in question was legally acquired and the Kabaka wanted to steal it from him.

This has since sent the entire matter back to square one and Kiggundu has since written a defense saying that the said land is actually a lake area.

“We contend that our client’s freehold titles are not liable to be cancelled because they were lawfully issued to it by Wakiso District Land Board and they do not overlap any mailo land.”

Section 44 of the Land Act provides that ‘Government or a local government shall hold in trust for the people and protect natural lakes, rivers, groundwater, natural ponds, natural streams, wetlands, forest reserves, national parks and any other land reserved for ecological and touristic purposes for the common good of the citizens of Uganda.’

It further adds that “The Government or a local government shall not lease out or otherwise alienate any natural resource referred to in this section.”

Otherwise, except in the eyes of fools, useful idiots and charlatan sycophants; since when have organized criminals, thieves, sorcerers, murderers and buffoons become "tycoons", therefore successful and respectable people/citizens?

What a country!
Report to administrator
12