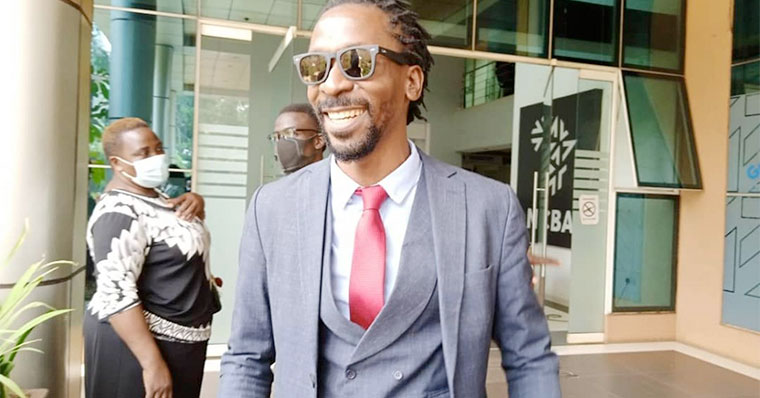 Buganda Road court grade one magistrate, Marion Mangeni is to determine whether or not state prosecutor, Ivan Kyazze should take to the stand for cross-examination in the case of offensive communication against city lawyer Isaac Ssemakadde.

She said this on Tuesday following an application by Ssemakadde’s defense team to cross-examine Kyazze in relation to his submissions in the case. In February 2022, fellow lawyer Robert Rutaro Muhairwe dragged Ssemakadde to the court by way of private prosecution for allegedly using his Twitter handle to attack Civil Division, High court judge Musa Ssekaana.

He argued that the obscene messages were meant to embarrass the judge and lower his self-esteem in front of right-thinking members of the society. Rutaro asked the court to summons Ssemakadde to answer for criminal libel, offenses prejudicial to judicial proceedings and offensive communication.

In March 2022, the director of public prosecutions (DPP) decided to take over the matter drawing protests from Ssemakadde. He argued that the takeover would among others amount to double jeopardy since he is being prosecuted for similar offenses pending investigations at the CID headquarters in Kibuli. Ssemakade also argued that Buganda Road court has no jurisdiction to try him over the offenses.

His lawyers also filed an application challenging the legality of the pending charges against their client. As a result, the magistrate directed the state to respond to the submission from Ssemakadde’s legal team. On Tuesday, Kyazze told court that the constitution mandates the DPP to take over any criminal proceedings and discontinue them at any stage except when it's pending judgement.

He explained that the DPP had studied Ssemakadde’s application and is still inquiring about whether or not to continue with the case. Shortly after Kyazze’s submission, Ssemakadde’s legal team comprising Derrick Bazekuketta, Stanley Oketcho, Gawaya Tegulle and Pius Katumba.

Busobozi asked court to direct Kyazze to take oath for cross-examination on his submission. Speaking on behalf of the team, Bazekuketta explained that they want to cross-examine the state attorney over his claims that the DPP is still inquiring into the matter, saying there was no evidence to this effect.

Gawaya Tegulle also asked the court to direct the DPP to declare if she has a conflict of interest in the case and whether she is interested in Ssemakadde conviction before the state concludes similar investigations, which are pending at the CID headquarters.

After listening to both parties, Mangeni adjourned the court to June 17, 2022 to deliver her ruling.  Ssemakadde ran into trouble when he took to his social handle and posted messages blasting justice Ssekaana shortly after convicting Male Mabirizi shortly to 18 months in jail for contempt of court.

He was the complainant, judge and executioner at the same time! Where in the world could one find such a legal and/or court process?

That amounts to gross procedural irregularity. However in Uganda, it's the norm. So, when Semakadde spoke about it, he is being criminally prosecuted. The purpose is to silence us to point out how rotten judicial system!
Report to administrator