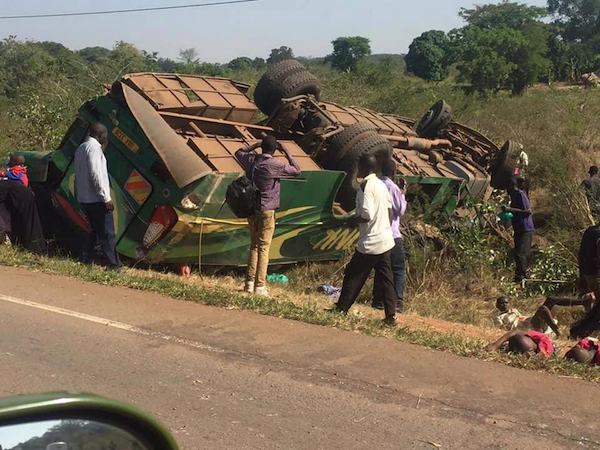 Government does not have adequate resources to validate the quality of fabricated or modified buses before they are licensed to transport Ugandan passengers.

The majority of buses on Ugandan roads are originally lorries or trucks whose chassis have been converted into buses. Although the majority of this alteration is done in Kenya, a few Ugandans have also started the craft.

It is said, however, that the inability to authenticate the buses prior to the licensing has created another death trap for Ugandans who use them for travel. Currently, it seems no one can determine which materials are being used while fabricating bus bodies or fitting seats, spacing, and cushion height.

Eng Karim Kibuuka, the principal vehicle inspector at the Works ministry, acknowledges that although none of the accident reports has linked the loss of lives during bus crashes to the poor building of the bus, there is some evidence to prove that this could be one of the reasons behind the high number of fatalities.  At least 21 people were killed when a Link Bus overturned several times in Fort Portal on May 4.

"There is a possibility that the standards of these buses can increase the risk of losing more people in case of an accident," said Kibuuka.

Although Kibuuka notes that there is some level of inspection carried out on such buses before being licensed, he hastens to add that the ministry lacks equipment that would enable them to carry out structural integrity tests on the modified vehicles and safety and crash tests.

In Kenya, studies have already been carried out and established that the number of fatalities resulting from road crashes involving passenger service vehicles was on the rise, partly due to weak vehicle bodies that collapsed or sheared off on frontal, side, or rollover impacts.

According to experts, a bus should always meet the minimum standards, which include rollover protection, front impact protection and side-impact protection. The material used in the interior is also another death trap. Most of the buses are fitted with strong metals which break during crashes, causing fatal injuries or even killing occupants on the spot.

Fabrication standards and specifications are critical. For instance, during one of the studies carried out in Kenya, it was learned that during a bus or coach rollover without the said standards, the occupants always have a larger distance from the centre of rotation. This is what makes a rollover accident extremely fatal and explains the huge number of accident fatalities.

Another saddening fact is that some vehicles which get involved in accidents or whose owners choose to get further modifications are sometimes fixed in Ugandan garages without the knowledge of the would-be bus body design and construction standard enforcers. For instance, some old PSVs are sometimes re-modified and sold to schools to serve as school buses.

In Kenya, the bus fabricating companies have gathered experience, and have since set minimum standards for buses constructed for their home market which are enforced. The law also provides for the re-validation of buses that are still in use after five years of manufacture. The revalidation process involves checking on the structural integrity and appropriate actions are taken to return the vehicle to its original state.

In 2018, the Uganda National Bureau of Standards (UNBS) also developed bus body design and construction specifications but they are not fully enforced as already disclosed by the ministry of works vehicle Inspectors.

Meanwhile, reports received from the Works ministry indicate that there is a plan to halt the licensing of modified or fabricated buses. Kibuuka confirms the development noting that fabrication of truck chassis into buses is currently not allowed unless one has a clearance from the minister.

The idea of halting the importation of fabricated buses is already worrying bus owners. Robert Mutebi, the general secretary of the United Bus Owners Association, argues that the fabricated buses have already proved to be better than the imported already-made buses.

"We've had a very steady flow of buses from Kenya. These guys have been in the industry of fabrication for over 40 years. They understand, they even compete. When you go to buy a bus, these guys are competing for you. Who has a stronger and best body, leave alone the designs...who has a reliable body because even me as a transporter, I want a strong body that I won't repair over time. So I look for the best...The Chinese body is soft that is why we're not going for it," said Mutebi.

Mutebi, who is also the director of Jase buses, says that there are a few bus companies and individuals who have been making their buses from Uganda and suggests that the government should instead put its focus on them since their competence and standard used are questioned than stopping the flow of buses from Kenya.

However, Kibuuka arrests their fears, noting there is another alternative where the Works ministry,  together with the Uganda National Bureau of Standards are soon developing new standards and later hiring a competent company to carry out the needed inspection for such vehicles before being licensed.

Kibuuka further notes that there is also another suggestion where the government will start linking with the bus building companies in Kenya and other countries to ensure that there is conformity with the bus body design and construction specifications for all classes of vehicles. For buses built in Uganda, Kibuuka says the ministry is also looking at possibilities of accrediting those who will be allowed in this business.

+4 #1 kabayekka 2022-05-17 05:13
When one looks at the damaged vehicle, it is very clear indeed about what this article is trying to warn the travelling public.

In most countries, life and vehicle insurance payments from such questionable accidents are astronomical. It is a real deterrent from such small time transporters(business crooks) who continue playing about with people's lives.

Here in this country, it seems the dead are quickly buried and it is back to normal business as usual! And the URA continues in its pursuant to gain big money from such murderous business enterprise.
Report to administrator
+1 #2 Lakwena 2022-05-17 11:42
In other words, including the bus drivers themselves (fake), who upgrade from being impatient, erratic and reckless 14-seater taxi drivers, into becoming Long-distant Bus drivers;

such contraption of buses and their drivers, are what our traffic police officers refer to as: "dangerous substitutes" (Shauriyako), buses which Ugandans board and travel in at own risk.

Otherwise, contraption and crude fabrication of buses, is one and the many backward foolishness of reinventing the wheel that the NRM leadership is subjecting Ugandan into.

Look at e.g., the dirty, rickety contraption of the cargo vans 14-seater; that urban commuters have to squeeze themselves into? It is disgusting!

In the 21st Century, while in and around Kampala; which foreign tourists would e.g., want to shuttle in a dirty cargo van, or seated behind a dusty. sweaty and smelly Boda Rider ? It depressing!
Report to administrator
0 #3 Akot 2022-05-17 14:03
Quoting kabayekka:

When one looks at the damaged vehicle, it is very clear indeed about what this article is trying to warn the travelling public.

In most countries, life and vehicle insurance payments from such questionable accidents are astronomical. It is a real deterrent from such small time transporters(business crooks) who continue playing about with people's lives.

Here in this country, it seems the dead are quickly buried and it is back to normal business as usual! And the URA continues in its pursuant to gain big money from such murderous business enterprise.

Uganda isn't a country any more, but Ugandans can make sure it becomes one, by just saying NO to the tribalistic system & UNITING to end Museveni's rule, then go for the kind of governance they want!

Why are Uganans waiting to legalise/protect Museveni to ensure his 45 years in power?
Report to administrator
+1 #4 rubangakene 2022-05-17 18:02
So far, "their licences to kill" has been upheld; what expertise does one need to be a Minister of Transport really?

The law states clearly that in order to operate such ventures, you must meet certain goals and stick to those goals. Failure to do so disqualifies you from operating, full stop.
Report to administrator