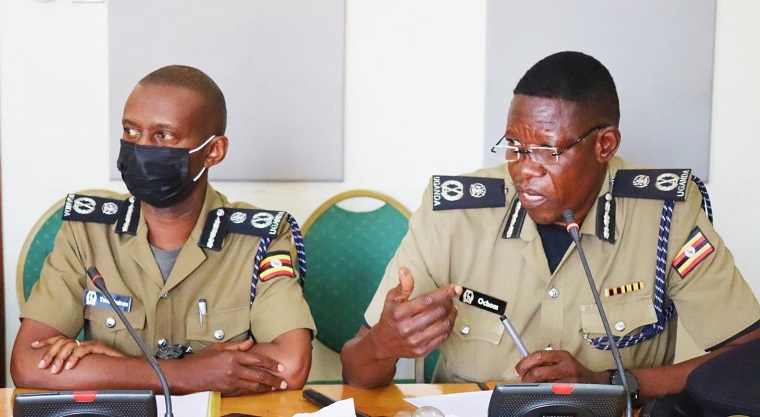 Police investigators have denied knowledge of the whereabouts of at least seven people whose names keep appearing on the list of missing persons.

The missing persons are part of another 66 cases of disappearance reported to the police by the parliament's human rights committee in March this year for further investigations.

They include; George Kasumba, Agnes Nabwera, Sarah Nanyanzi, Mathew Kigozi, Mathew Kafeero Ibrahim Chekedi and John Damulira. The victims were reportedly picked up by security operatives from areas within Kampala, Greater Masaka, and Mukono during the 2020 campaign period.

Police director of legal services Erasmus Twaruhukwa says that none of the cases was reported to the police but the criminal intelligence investigations department (CIID) commenced inquiries into the alleged disappearances upon receipt of the names.

However, Twaruhukwa said that particulars of the complainants provided to them; such as their contacts, addresses and places from where the victims disappeared, were not sufficient, consequently making the investigations difficult.

Last week, MPs on the human rights committee demanded to know who operates the dreaded ‘drones’ that were used to 'kidnap' Ugandans during the election cycle. They were interfacing with top police commanders, Uganda People’s Defence Forces (UPDF) and officials from the Uganda Prisons Service.

However, Jacob Oboth-Oboth, the minister of state for Defence dismissed the allegations of the kidnaps and operating drones advanced against the Chieftaincy of Military Intelligence (CMI) under the UPDF.

In March this year, the committee led by Fox Odoi, directed the minister of Security, Jim Muhwezi to produce seven people who have been reported missing since 2020 arguing that every citizen must be accounted for. But Muhwezi, while appearing before the MPs, said that the government was still investigating the matter.

On March 4, 2021, the minister of Internal Affairs Jeje Odongo released a list of 177 people who had been reported missing after being arrested from within their communities. However, on its count, the opposition National Unity Platform (NUP) reported that 680 of its supporters were missing.

If so, THE MASTARD THAT WAS SOWN & NURSED IN LUWEERO HAS MAURED & IS BEARING FRUITS. Please harvest the crop while the season lasts. We are not in any hurry to close that harvest season for the moment for you, whoever you are.
Report to administrator
0 #2 Jama 2022-05-17 15:57
The question of who operates drones? Is as nonsense as asking someone who is undressed if he is naked.
Report to administrator