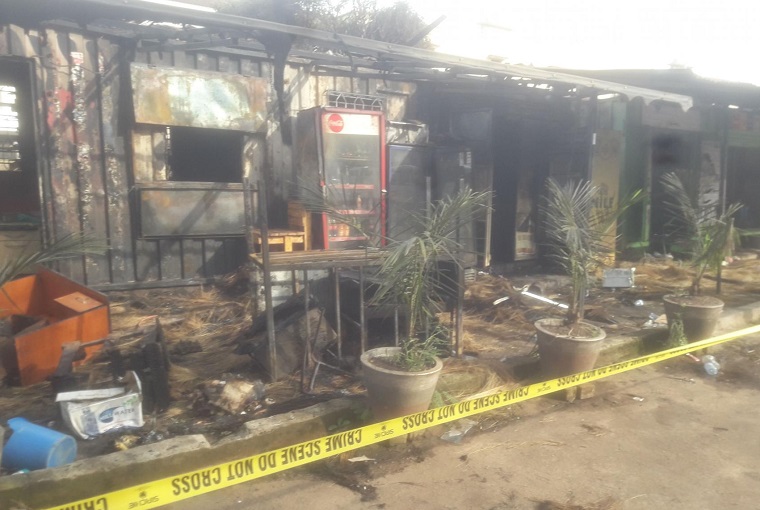 Police in Kampala have arrested a metal welder following a fire that gutted one of the kiosks in the precincts of the National Theatre.

Eyewitnesses say that the fire that started at around 12:30 pm is suspected to have been caused by sparks from welding activities on the roof of one of the kiosks in the parking lot of the National Theatre.

David Nsimbe, one of the businessmen in the area, says that he first saw a welder running past him with a bleeding arm shortly before the fire spread. He suspects that the fire was caused by sparks that landed on the grass thatched kiosk next to where the activity was taking place.

Sarah Nakigozi, another eyewitness recalls that the theatre’s chief electrician attempted to stop the activity but gave up when the welders insisted. Nuwa Wamala Nnyanzi, the vice-chairperson of the National Arts Cultural Crafts Association of Uganda, says that the fire was contained before spreading to the arts and crafts village where most of the materials are highly flammable. He said the fire almost got out of control but was contained within an hour before it could spread to the craft shops.