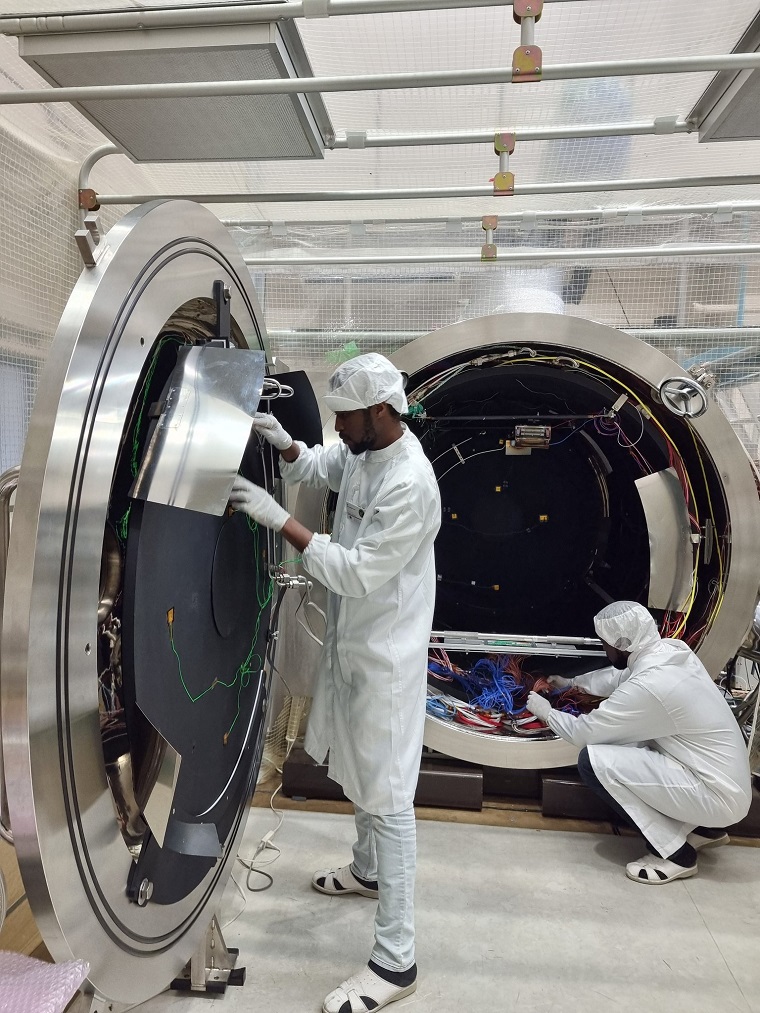 The development of Uganda’s first satellite has successfully been completed with the country’s aspirations of venturing into the field of space technology coming closer.

In April 2020, Uganda began the path to launch its first satellite into space by sending three graduate students to obtain training in satellite design, manufacture, and testing as part of a multinational program initiated in 2015 by the Kyushu Institute of Technology in Japan.

On Tuesday, the three students namely; Edgar Mujuni, Derick Tebusweke and Bonny Omara successfully finished their work on a 10 cubic metre satellite named PearlAfricaSat-1 which they have now handed over to the Japan Aerospace Exploration Agency (JAEA) for final testing.

Dr Monica Musenero, the minister of Science, Technology, and Innovation, says that JAEA will in the next five to eight days carry out testing on Uganda's first satellite and hand it over to United States of America’s National Aeronautics and Space Administration (NASA) for transportation to the international space station where it will be launched into low earth orbit, tentatively in August this year.

"These students completed the development of this satellite, and this morning we remotely participated in an event at the prime minister's office where the government of Uganda represented by our ambassador in Japan handed over this satellite to the Japan Space Agency to finalise some tests and those tests will be done in about 5 days and then it will await launch together with other satellites by NASA - the American Space Agency on the same vessel to launch that will launch some other satellites in August," said Musenero.

With the expected launch dates getting nearer, Musenero said they have started carrying out preliminary assessments for the redevelopment of the Mpoma earth satellite station, pouring cold water on several voices within the government that have been calling for the construction of a new earth satellite station for this flagship space programme.

"We're going to be developing on what we have, there are some things which are definitely not usable anymore but even the old structures, you know that station was developed during Idi Amin's time so we have some pieces there which are historical. They are for the museum," added Musenero.

Mpoma is one of the major projects that were left behind by Amin together with the one at Ombaci in the West Nile. The earth station was constructed in 1978 with support from Japan a year before Amin’s government was toppled and already holds two antennas associated with Intelsat’s Atlantic Ocean and Indian Ocean satellites.

The minister says that although the expected redevelopment of Mpoma will be a big project, in the short run a group of Ugandans with help of the aforementioned students will be tasked to install ground sensor terminals to facilitate communication with the satellite in one of the existing structures.

"By the time it is actually launched we'd have finished putting up what we call the earth station, the laboratory here. That will be the station where we'll have the computers that will be receiving information from our satellite and then we'll analyse that information and use it," she said.

The station is going to be placed under the Uganda People’s Defence Force (UPDF), Uganda Telecom Limited (UTL) and the ministry of Science, Technology, and Innovation space programme.

0 #1 rubangakene 2022-05-13 02:45
A misdirected waste of time and talent, a vain "Icarus project" for Uganda. They could have designed something that benefits the wanainchi; like a hoe or a wheelbarrow manufacturing plant. How will you introduce yourself in your 'marua group' I wonder!
Report to administrator
0 #2 kabayekka 2022-05-13 14:24
The current financial records of this country do not seem right to go to space!

Much of the useful technology that such projects have attained for mankind Africa governments are making them inaccessible to the many poor Africans that need them to survive through their everyday misery?

If such a budget was put on subsidising the expensive life currently existing in this country, there would be more hope for Uganda to contribute to the current missions of mankind going back to the moon and then to Mars.
Report to administrator
0 #3 Wycliff Musiime 2022-05-14 13:39
Truth be told we needed this but it would have been a better innovation if it were to make communications easier and faster like improve internet speeds, just like other countries are doing.

But surrending ask that money to develop something that will monitor agriculture and weather! We can get that from other satellites.
Report to administrator