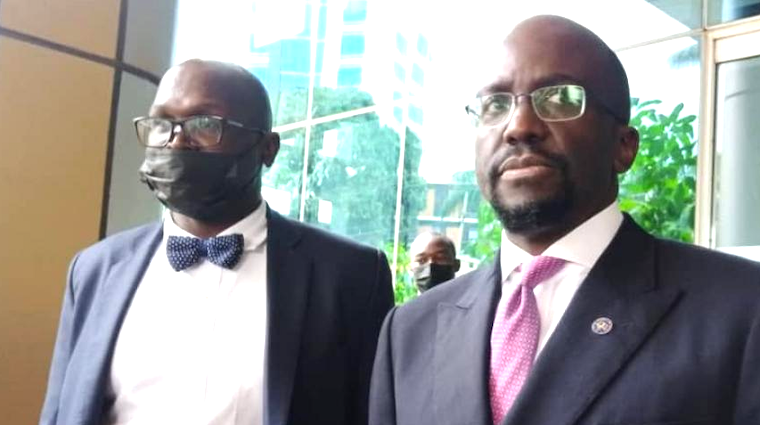 The High court has declared that it was irregular for government to indefinitely suspend the activities of human rights non-governmental organization, Chapter Four Uganda.

On August 18, 2021, the National Bureau for NGOs ordered Chapter Four to stop operations with immediate effect so the Bureau can conduct comprehensive investigations into their activities. To date, the investigations have not yet been concluded.

In the suspension letter, Stephen Okello, the executive director of NGO Bureau explained that Chapter Four had been closed together with 53 other NGOs for alleged failure to comply with the legislation regulating their operations. He noted that Chapter Four had failed to submit its returns for the last five years to the Bureau as required prior to its closure.

The NGO Bureau copied the suspension letter to Absa bank, the Financial Intelligence Authority (FIA), and the Uganda Registration Services Bureau  (URSB) directing them to forthwith, halt all the transactions with Chapter Four. Dissatisfied with the decision, Chapter Four through its lawyers of AF Mpanga filed an application before the High court for a judicial review.

Today Tuesday, Justice Ssekaana ruled that the indefinite suspension was irregular and the Bureau ought to have given a time frame within which it intended to conduct the investigations.

“The power to suspend the permit should be checked with a time frame within, which it must end to check its potential abuse. The action of the respondent in suspending the applicant’s permit indefinitely as noted earlier was within the powers given although it was irregular since it lacked a specific time frame and it was not rationally justified," said Ssekaana.

He then directed the Bureau to accord Chapter Four a fair hearing and conclusively deal with the issues at hand justly and fairly within a period of one month.

The NGO Bureau through state attorneys; Charity Nabaasa and Moreen Ijang had asked the court to dismiss the case on grounds that all NGOs are required to submit annual returns and declare the sources of their funding, funds received, estimates of income and expenditure to the NGO Bureau and the district technical planning committee.

However, the NGO Bureau argued that Chapter Four had reneged on this responsibility since its registration was contrary to the provisions of the NGO Act as well as the internal governing documents. The Bureau noted that it gave Chapter Four 30 days from the notice to show cause why their operational permit shouldn’t be revoked in accordance with the law.

Chapter Four has welcomed the decision, saying that they are looking forward to engaging with the NGO Bureau with a view to resuming their operations as soon as practicable.

“We reiterate our commitment to being a principled nonpartisan defender of fundamental human rights and freedoms for all,"" said Chapter Four Uganda in its statement.

Earlier in December 2020, Chapter Four's executive director Nicholas Opiyo was arrested on allegations he had acquired $340,000 through Absa bank in the name of Chapter Four, with the full knowledge that the said funds were proceeds of criminal activity. In September 2021, the Director of Public Prosecutions (DPP) decided to discontinue proceedings against Opiyo.

In other words Wadada, this is government of wrongdoers, by wrongdoers and for wrongdoers.

Therefore can't tolerate the right-doers who expose their wrongdoing.
Report to administrator