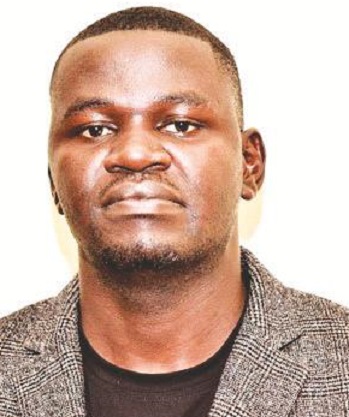 Jacob L’Okori Oulanyah has been dead for a month now but the constituency campaign to snap up his parliamentary seat in Omoro county has been alive even before his burial.

Akecha has contested twice and lost to Oulanyah. Oulanyah’s son joins the long list of political heirs riding on a wave of sympathy for their fallen parents. The Electoral Commission has set May 12 and 13 as the nomination days at the Omoro district council hall. Campaigns will be held from May 16 to 24, 2022. Electorates will cast their vote on May 26 and polling shall start at 7am and close at 4pm.

In an interview with the national broadcaster (UBC) last week, Ojok referred to himself as a simple person who prefers to keep a low profile. This, he said, explains why few people know much about him.

“I feel deeply humbled because I am new in this race. It is not about me but what needs to be done in Omoro. I want to thank the people of Omoro for supporting my father during his time and the NRM party for entrusting and taking a gamble on me to contest in the Omoro by-election,” Ojok, who is also “happily married with two children,” said.

Ojok said this by-election offers an opportunity for him to complete his father’s unaccomplished plans and give hope to his benefactors. Asked if he is the best candidate in the race, Ojok said Oulanyah left huge shoes for anyone to fill.

“Oulanyah passed on during his term but we shall be working as a team to achieve what he set out to do. We are still in the mourning period and even my standing for the [Omoro] seat it-self is a problem because it looks like I was waiting for someone to pass on. It looks very opportunistic and I cannot say that I am the best candidate,” Ojok said.

Despite the NRM machinery, he said he is heavily relying on the benevolence of the people of Omoro to win the by-election. He commended other NRM candidates who stepped down in his favor for their courage, solidarity, and nobleness to ensure that the aspirations of his father are met.

Speaking recently at his country home in Rwakitura, President Museveni who is also the NRM party chairman backed Ojok’s candidature.

Makerere University don and political analyst, Mwambutsya Ndebesa, disagreed with the current trend of patronage politics. In an interview with The Observer, Ndebesa said such trends are continuously undermining democracy and good governance. To make matters worse, individuals being fronted are rarely impactful when they join parliament, according to Ndebesa.

“Ideally, it would not be appropriate because we are in a republic and, therefore, individuals should come out without necessarily being fronted because of sentiments, emotions, and relationship to the deceased,” Ndebesa said.

He added: “Politics and parliament are about being public-minded and speaking. In most cases, the persons being fronted may not be competent enough to be in politics or have the passion but are propelled into those positions.”

Ndebesa said voters are primarily to blame for the growing trend of political heirs since they occasionally vote for candidates who facilitate elections using money instead of scrutinizing ideas or principles. While he agreed that Ojok has an edge over other candidates to win the by-election “based on sentiments,” he will not be a performer in the House.

“There is a high likelihood that Ojok will not be a performer because he has not been into politics. He has never even uttered a word, not even on social media, that he was a politician. We are likely to have a repeat of Proscovia Alengot who went to parliament [aged 19 after the death of her father] and disappeared.”

Ojok promised to accomplish his father’s unfinished business as well as serve the aspirations of the people of Omoro with modesty. He said the late Oulanyah was setting up a radio and TV station for Omoro and wanted to upgrade Lalogi Health Centre IV to a district hospital.

“There are already things being done by the government but in our meeting with the president recently in Rwakitura, we also shared a memorandum that listed some issues that need to be addressed, which were passed by the district council in memory of my father,” Ojok said.

Omoro is relatively a new district – created in 2016 – and Ojok is concerned that most people are still living in abject poverty despite the numerous government interventions in the Acholi sub-region.

“I think we need to examine further why all these interventions are not impacting the pockets of people. My theory is that we need to have a mindset change. We are instead treating symptoms of poverty and this needs to change,” he said.

In the UBC interview, he also took a swipe at the ongoing Parish Development Model campaign that seeks to lift households from subsistence to a money economy.

“If they will be giving Shs 100m per parish, Omoro county has 37 parishes and that is about Shs 3.7bn per year. I want to choose my words carefully. If we just give money to people who
don’t appreciate why you are giving them money or start a project and people don’t appreciate why you started the project or how to sustain that project, where will that project be?” Ojok asked.

He added: “With that money, we may not still address the poverty issue. We need to support this model but for a person who believes in hand-to-mouth, that money will only solve their daily problems. We could first train the people, build their capacity and then give them that money.”

Despite starting humble, studying in village schools in Omoro and Gulu where he trekked about five kilometers daily, Ojok managed to excel when he joined Buganda Road primary school. He became a perfect and head prefect of the school. In PLE, he got aggregate four and joined St Mary’s College Kisubi (SMACK) from S1 to S6.

In 2010, he left Uganda for Algeria on a scholarship to pursue a degree in Computer Science and Mathematics. He is fluent in French, German, English, and local languages. Ojok returned to Uganda in 2015 and got a job with the National Information Technology Authority – Uganda (NITA-U) where he has held various responsibilities before he was called to join politics.

His core assignment in the seven years was being a relations manager between the Government of Uganda and international corporations such as Microsoft and Oracle. In November 2022, he will be awarded a master’s degree in ICT Management, Policy, and Architectural Design at Uganda Martyrs University, Nkozi.

+2 #1 WADADA rogers 2022-05-04 08:21
If i may recall, the last time NUP members went to see Oulanyah's father, they promised to support Ojok, what changed, Anyway, the balance of convenience in Omoro lies in favour of Simon Tolit Akecha. ,
Report to administrator
+3 #2 Zaitun 2022-05-05 09:45
Following those replacements above, it defeats my understanding to see how relatives wait so impatiently to see their so-called beloved ones die so that they take over.

You guys have really lost shame to behave as if you have all along been waiting for them to die and then take their places.

Otherwise, in a normal situation, you should humbly abscond to leave others continue from where your dead ones have left.

You should therefore not blame the the so-called great leaders if they are agitating to see that their sons and daughters become presidents and prime ministers after their death.

What a country where shame has no place. devil has taken over the country indeed!
Report to administrator