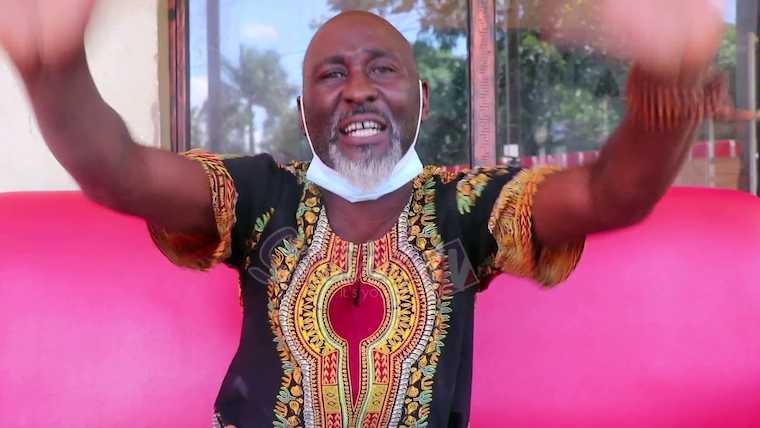 Social media blogger and self-confessed regime apologist Ibrahim Tusubira aka Isma Olaxess has been charged with incitement to violence.

Tusubira on Wednesday appeared before the Buganda Road Grade one magistrate Asuman Muhumuza. The 49-year-old was arrested on November 21. Prosecution alleges that on November 17 while at Kyanja village in Wakiso district, Tusubira incited the public to commit terrorism an offense that is punishable by death.

Police, in its statement of offense also accuses Tusubira of promoting sectarianism contrary to section 41(1) (a) and (d) of the penal code.

"Tusubira Ibrahim alias Isma Olaxess on the 17th day of November 2021 at Kyanja village in the Wakiso district recorded and published a video with utterances likely to degrade, revile, expose to hatred or contempt; raise discontent or disaffection and promote in many other ways feelings of ill will or hostility among or against any group of persons on account of religion," reads the charge sheet in part.

The video went viral on social media following last week's twin bombings in Kampala which left seven people dead and 37 others injured. In the video, Tusubira urged terrorists to specifically bomb parliament and churches so as to kill en masse Christians in revenge for what he called continued persecution of Moslems. He said every time there is a terror attack, innocent Moslems are profiled and arrested or killed by the state.

Uganda has suffered four bombings in two months leading to the death of 9 people. At least 12 suspected terrorists (most of them carrying Islamic names) have been gunned down by the state and more than 100 arrested. President Museveni said the youth are being radicalized by religious leaders to commit acts of terror against their own country.

Tusubira who is not new to inciting violence against Ugandans asked for bail saying that he had heart disease. Last year he blamed security for killing only 54 people during the 2-day street protests following the arrest of presidential candidate Robert Kyagulanyi.

He said the state ought to have killed thousands of youth to send a message to Ugandans that the state and President Museveni are always in charge. He also called for violent attacks against Kyagulanyi's children and wife Barbie Itungo, who she said is a Rwandan national spying for neighbouring Rwanda. He was never summoned for those utterances.

Tusubira was granted a cash bail of Shs 1 million while his sureties Yudaya Kigozi, Mohammed Ssebalamu, Sharifah Nabukeera were asked for Shs 50 million non-cash. The case was adjourned to December 21.

I see this loud mouth all over TV stations and i wonder. Apart from shouting Isma is as ignorant as they come.

How he makes on TV says a lot about the quality of our presenters and our media outlets.

I see people referring to him as their best teacher, analyst, blogger and feel like i’m a very bad dream.
Quote | Report to administrator
+2 #3 Lakwena 2021-11-25 12:06
What a country we live and violently die therein!

When the confessed Author and Master of Violence, Bloody Gen Tibuhaburwa threatens and incites violence to crush political opponents, PIGS and PARASITES, it is the law.

But when it is a stereotyped, targeted and INCENSED Moslem of this country like Al Ibrahim Tusubira aka Isma Olaxess who incites violence; it a crime.

In other words, the state calls its violence law; but that of the individual crime (Max Stirrer).

Wachireba?
Quote | Report to administrator
+2 #4 kabayekka 2021-11-25 13:49
One cannot see how this broadcaster can be destroyed and given a capital sentence by the national NRM judges so that social sectarianism and terrorism are stopped in Uganda.

In African culture sectarianism is a tradition that cannot go away. Terrorism is a military tactic of the military academy.

That is why the British are wiser and have got a small place in the corner of Hyde Park in the international city of London.

So that those who have any rubbish to say can go there and vomit their human opinions. It seems the police and government prosecutor in Uganda have no important legal business to do other than to waste valuable time on such profanity in the African courts of law.
Quote | Report to administrator
+5 #5 Rujegere Peter 2021-11-25 13:57
I have watched this thug called Isma Olaxes and developed a suspicious perception of him... He is another thug out to grab a big political job to mess up Uganda even more!!

I will lough my ribs off if a Ugandan leader awards him with such a job !!

Now that he is accused by police of inciting terror, an offence punishable by death, why is he out on bail and others are not like MP Ssewanyana and his ill colleague?
Banana republic....
Mwachireeba??
Quote | Report to administrator
+4 #6 Mubiru 2021-11-25 23:00
Ugthinker u wrote a lot of sense especially when u despised the quality of presenters etc.

Many of them pausing as experts on every subject under the sun just unknowingly expose their ignorance and illiteracy to the detrimental effect to the innocent public especially the uninformed.

One of the bloggers recently believed that the Attorney general is called ANTONY general as the board behind read.

These half baked presenters are only planting seeds of kawukumi in minds of vulnerable public. For Isma after clearly condemning the regime as anti Muslim and called for bombs to destroy his targets then apologized later for having done so without the intelligence of first thinking before inciting the public.

How can any intelligent creature make such dangerous pronouncement and just to regret his diatribe the following day or so unless he is a professional liar or a mentally disturbed creature both of which disqualify him from being what he claims to be?
Quote | Report to administrator
Refresh comments list
RSS feed for comments to this post
Add comment