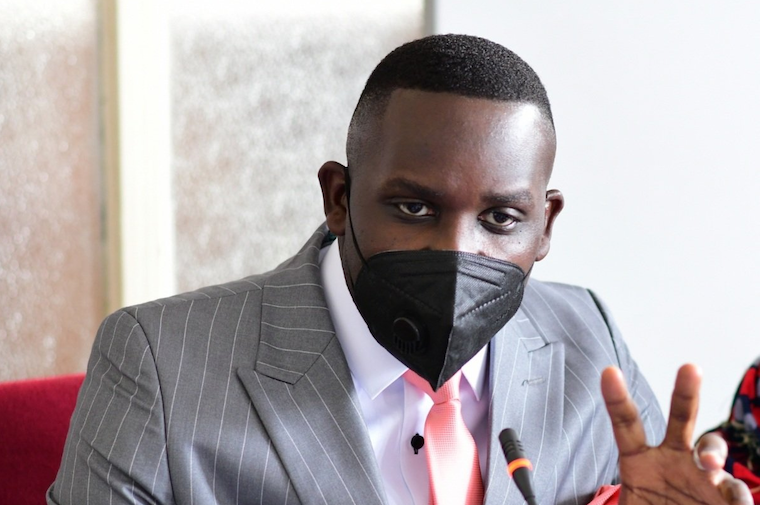 The committee is charged with examining reports and audited accounts of statutory authorities, corporations and public enterprises and ascertain whether their operations are being managed in accordance with the required competence. In an interview with The Observer, he said his committee will not be compromised by anyone.

What is your general experience chairing such a sensitive committee?

It is quite demanding, requiring lots of research to have all the facts together such that we get to be efficient. Some entities have misappropriated billions of shillings according to the Auditor General’s report, but they come and put up a show to make it seem like they are being witch-hunted yet the facts are clear. Nonetheless, as a committee we have work to do, so we shall not allow anyone to stand in the way of our mandate.

You have a mandate of two and a half years but it already seems you have your work cut out. What do you expect to achieve in that period?

The Constitution and our rules of procedure mandate us to assess and evaluate the operations of the entities under our committee to be sure they are following the law in doing their work, and that the taxpayer gets value for money. We want to be able to hold these entities accountable on behalf of the taxpayer, expose and cause the prosecution of those who are stealing taxpayer money.

Of the 112 government agencies, how many agencies have you dealt with so far and how do you plan to handle each of them?

We took long to set off because as the 10th parliament was coming to an end, there was a motion moved by the Hon Nathan Nandala Mafabi to adopt all the Auditor General’s reports of the past years without scrutiny of parliament.

That meant that we had to wait for the next Auditor General’s report which comes in December 2021, and then start work in January 2022, something we think was wrong.

For a while we sought to reverse this motion so that we could hold entities accountable for the huge sums of money extended to them to do their work. Our efforts faced numerous challenges of untold proportion.

We however eventually found a way out within our rules of procedure to be able to assess and evaluate the operations of these entities. We’re coming to the conclusion of our inquiry into the works of Uganda Civil Aviation Authority (UCCA) which we’ve handled first.

It would be a stretch to assume Cosase will fully examine all the 112 entities in the two-year period. What criteria do you apply when singling out the entities for probing? Do you go for the size of budget allocated or Auditor General’s reports?

There are entities which for a long time have been red-flagged by the Auditor General for misappropriating public funds, and yet their budgets are so huge. We have begun with those and we shall keep moving. We may not cover all the entities, but we want to do our best in going after those which have so many queries.

Cosase is dominated by members from the ruling NRM and on a number of times, especially in regards to Uganda Civil Aviation Authority (UCAA) investigation, some members have challenged you to go slow on relying on whistle-blowers’ dossiers. How is your working relationship with your members?

Whistle-blowers play a pivotal role in unearthing corruption, that’s why their concerns can’t just be ignored, they have to be put to the test to establish if they hold water or not. So far we are moving quite well with all members regardless of their political affiliation.

At the start they all assured me that they are keen to fight corruption in government entities and that they would not cover up for anyone who misappropriates public funds. Once in a while we may have different views on how to proceed over a matter, but at the end of the day we must be able to hold these entities accountable and ensure that the taxpayer is getting value for money.

We have always witnessed a lot of energy during Cosase committee proceedings only to get lukewarm reports after investigation amid allegations that Cosase members took bribes. Why should the public be optimistic this time?

In my first meeting with colleagues on the committee, we addressed ourselves to this issue, everyone pledged to play by the rules and not to be compromised by anyone. So, members promised to go hard on any colleague that may betray us by taking a bribe.

Also, even if any entity compromises any member on the committee, the entity will not get value for that bribe because the facts remain on record and the rest of us shall pursue these matters to their logical conclusion.

It is the first time a party not FDC to be at the helm of Cosase. What are you doing differently to improve efficacy?

As a chairperson I set out to make sure we have teamwork in our operations. That even when disagreements arise, we ought to resolve them so we can move forward with our mandate. It’s also important to value members, once people feel valued they will go the extra mile.

In spite of several damning Cosase reports over the years, they have had little impact as far as stemming corruption. In fact, a number of them have been quashed by court. How do you expect to change the narrative that Cosase is just a barking dog that doesn’t bite?

Many times the executive arm lets us down by not acting on glaring corruption which is exposed by committee reports. It’s as if to say they are not bothered by the massive theft of taxpayer money.

As parliament, we shall keep playing our oversight role, and hopefully we can employ other tactics like not releasing more money to some of these entities until action is taken on resolutions passed by parliament.

Past Cosase committees have had a hard time coming up with unanimous reports amid fights from within that have ended up with minority reports. What steps have you taken to avert this and when should we expect the first report?

Minority reports usually come up when members are not operating as a team, or when some are compromised to push things under the carpet.

So far, my colleagues are speaking with one voice with the view to fight abuse of public resources, I hope they will stick to that resolve all the way. We intend to have our first report ready before end of this year.

Going forward, how do you plan to speed up the process of examinations and investigations in Cosase?

Availability to do the work is key. I’ve encouraged my colleagues to always be available so that we can accomplish much. Once members are unavailable or not committed, deadlines can’t be hit. But so far I’m happy with the commitment shown by members, and if we keep this way we shall scale many heights.