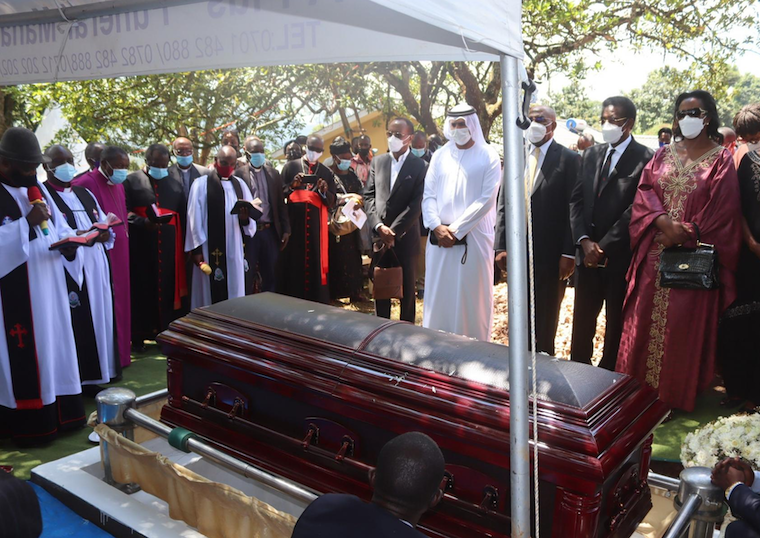 Hope Kivengere's remains being lowered into her grave

Kivengere passed away at Nakasero hospital on October 20 after developing a strange illness according to her uncle Stephen Lwanga.

The scientific burial service presided over by the Bishop of Kigezi Diocese Goerge Bagamuhunda and Emeritus Bishop of Kigezi Rt. Rev George Katwesigye, was held at St.Peters Cathedral Rugarama under tight security by police and Uganda People Defense Forces (UPDF).

In a message that was read for him by Dr Ruhakana Rugunda, the presidential special envoy, Museveni described Kivengere as a very hard-working woman with a noble character, long and unintended career. He says that Kivengere was known for her efficiency and credible simplicity while at work.

Jim Muhwezi, the minister for Security described Kishande as a patriotic Ugandan who played a very big role in saving his life during the 1981-86 NRA bush war. According to Muhwezi, Kivengere sheltered him after he had escaped from detention at Jinja road police station in Kampala.

Bishop Bagamuhunda asked Christians to work towards leaving a positive legacy. Bagamuhunda says that Kivengere will always be remembered for having unquestioned integrity during her time of service. 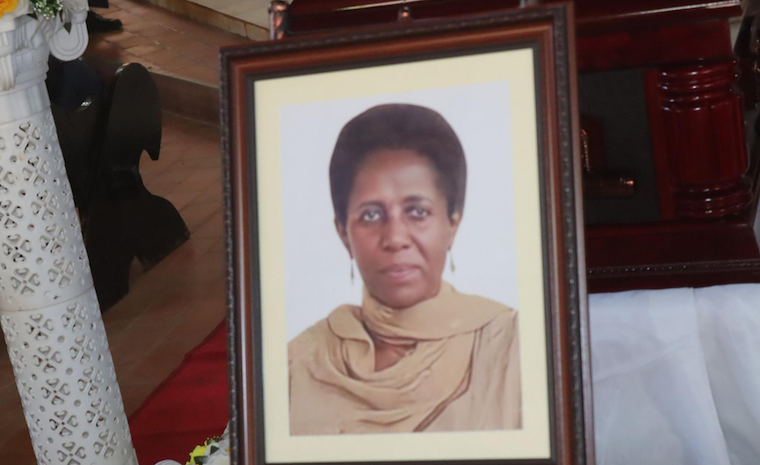 Kivengere was born on August 19, 1949, to the late Rt. Rev. Festo Kivengere, a renowned evangelist emeritus Bishop of Kigezi Diocese and Canon Merab Kivengere. She was the third child in the family.

After her studies in USA, France and the United Kingdom, Kivengere returned to Uganda and started working at the Institute of Administration. She later went to exile in Kenya in 1980 where she taught in different schools until she returned to Uganda in 1986 and was appointed as the first press secretary to President Museveni up to 2001 when she retired.  She is survived with no child.

On retirement, Kivengere worked with various international organizations as a consultant in Sudan, Somalia, Kenya, and Djibouti. She also worked as an election observer in Malawi, Comoros, and Zambia for the African Union.

She was also active in the African Women Mediators Network for FEMWISE, a subsidiary mechanism of the Panel of the Wise and one of the critical pillars of the Peace and Security Architecture of the African Union (APSA). She was also part of the group of eminent elders for Common Market for East and Southern Africa (COMESA).

But, 36 years and counting, before he finally lets go of his stranglehold on Uganda and Ugandans; how many of his handlers and/or bloody comrades in arms will Gen Tibuhaburwa eulogize and bury?

Where was Gen Tibuhaburwa when Hon Amelia Kyambedde fired her departing shot from active politics when she categorically said, "the people are tired of us"?

In other words, with all the atrocities Mr. M7 continues to commit on Ugandans, by the time he also kicks the bucket, will there be anything good left to say at his funeral?