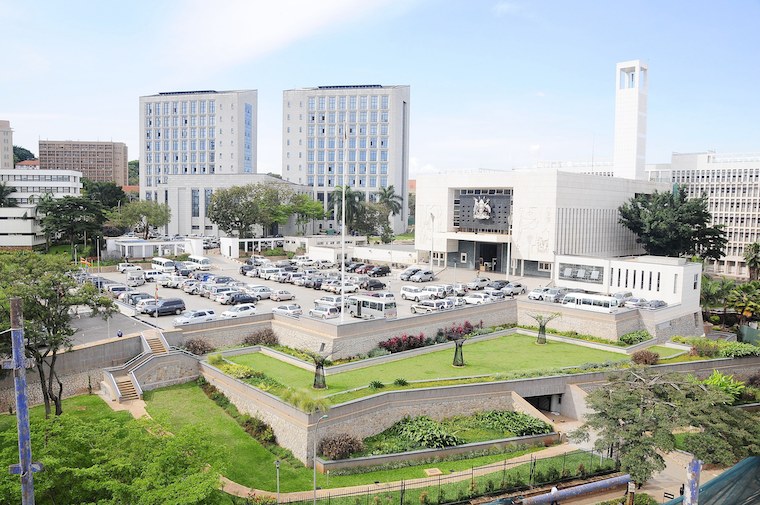 The clerk to parliament, Adolf Mwesige has criticized the director department of clerks, Emmanuel Bakwega for directly communicating to the speaker in contravention of the public service communication policy and the code of conduct and ethics for public officers.

This standoff follows an internal memo written by Bakwega on October 14, to the speaker of parliament Jacob Oulanyah, seeking the inclusion of his name and that of Ranny Ismael, the assistant director in the office of the Government Chief Whip to the secretariat of the Organization of Islamic Cooperation.

The Organisation of Islamic Cooperation is the second largest inter-governmental organization after the United Nations (UN) with a membership of 57 States. It is a collective voice of the Muslim world to ensure and safeguard their interests and it works with all parliaments of the member states. Uganda has been a member of the organisation since 1974.

But in a letter dated October 19, Mwesige said that the memo was in breach of the Uganda public service communication policy and the code of conduct and ethics for public officers which enjoins all public servants to follow a  prescribed procedure of communication.

“As a senior officer, I expect you to be aware that you can only communicate to the Rt. Hon. speaker officially through your responsible officer who is... the clerk to parliament,” reads part of Mwesige’s letter.

He added that the leadership of the various delegations was already agreed to by both the speaker and deputy speaker, and their secretariats were already constituted by his office.

He noted that by proposing his own name to this secretariat, Bakwega is putting himself in a position of conflict of interest.

“This letter, therefore, serves to direct you to withdraw your internal memo to the speaker of parliament on this subject in writing and apologize for breach of the communication policy,” he adds.

He also directed Bakwega to immediately hand over the management of the committee's budget to Waiswa Henry Yoweri, the deputy clerk – corporate affairs under whom the administrative related matters are supervised.

-1 #1 Lakwena 2021-10-25 09:23
Otherwise, it is high time Ugandans rose up to the occasion: denounced and harshly judged unrepentant Gen Tibuhaburwa by his past (own standard of criminality) against innocent Ugandans.

E.g., in order to "Deny Bail" to suspects of capital offenders; a self-confessed multiple capital offender himself, what moral authority does Mr. M7 have, to demand for the amendment of the constitution?