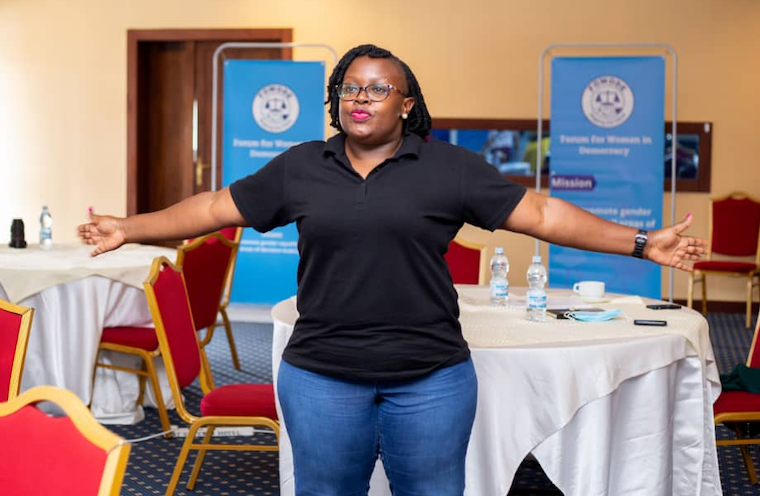 The High court in Mubende has ordered the Electoral Commission to conduct fresh elections for the Mityana District Woman MP seat after nullifying the election of Joyce Bagala.

Bagala, a candidate of the opposition National Unity Platform (NUP) had been declared winner of the January 14 polls with a margin of 16,000 votes to defeat Nabakooba. But, Nabakooba filed a petition to challenge the outcome of the polls, alleging that Bagala was not validly elected to represent Mityana district in parliament.

She accused the Electoral Commission of failing to secure conditions necessary for the conduct of the election. She added that while registered voters were threatened, and her agents intimidated, EC presiding officers connived with Bagala and her agents to procure voting by unregistered persons, facilitate impersonation of voters, and multiple voting.

Nabakooba also accused Bagala of bribing voters and added that at the time of vote counting, her valid votes were counted among the invalid votes and that on the basis of this, the results were affected in a substantial manner and as such, her victory was snatched.

The charge of bribery was based on reports that Francis Butebi Ssembusi, a renowned businessman and father to Mityana Municipality MP Francis Zaake gave Shs 200,000 to Bonny Kalema, Annet Nakaggwa, Annet Alumaiya and Varitino Sebwarida and asked them to vote for Bagala. The judge faulted Bagala for not bringing Butebi to court, to justify was he was giving out money on his behalf.

“Bagala was asked in cross-examination about Butebi’s activities allegedly done on her behalf. Her answer was that she did not know a businessman in Mityana called Butebi. She however conceded that she knew the father of Hon. Francis Zaake, the area MP whom she said was called Francis Sembusi,” the judge said.

He ruled that the response was an attempt by Bagala to be evasive since the witnesses had variously identified the individual in question as Francis Butebi Sembusi. He also relied on evidence by one Tolophina Nakyagaba, a registered voter at Namyeso primary school who said that she received a bribe from MP Zaake to persuade her to vote for Bagala.

The court ruled that the evidence from all the said people confirmed that Francis Butebi Sembusi who bribed voters was an agent of Bagala given that all these witnesses identified him as a person who was providing money to voters to vote in favour of Bagala, and that the bribery of voters was carried out with the knowledge, consent and approval of the candidate.

“…the petitioner has adduced sufficient evidence to prove that the second respondent (Bagala) through her agents, with her knowledge or consent and approval, committed the alleged electoral offense of bribery,” justice Emmanuel Baguma said, before ordering  Bagala to pay legal costs incurred by Nabakooba.

He, however, ruled that the said non-compliance in the 11 polling stations did not affect the results in a substantial manner.

“I have considered this allegation of undue influence and intimidation, and I find that the evidence is not sufficiently credible to sustain the allegation thus it has not been proved to the satisfaction of court upon a balance of probabilities,” justice Baguma ruled.

Bagala said she would appeal against the decision.

"It is not very shocking though, it is just unfortunate. Either way, I’m strong because I won the election decisively and squarely and therefore am going to appeal the decision of the High court in the Court of Appeal and I will be waiting. But my people are mainly saying we should go back to the election because they are here." added Bagala.
While Bagala pursues the appeal, Nabakooba said that she is now ready to go back to the masses to claim her victory.

"I want to thank the almighty God for the victory once again. Am so grateful that God has once again spoken. The voice for the people of Mityana, we knew what took place during the elections, we came to vote, we believed in God, we believed in what we were doing and finally, the judgement has at least given us a smile," said Nabakooba.