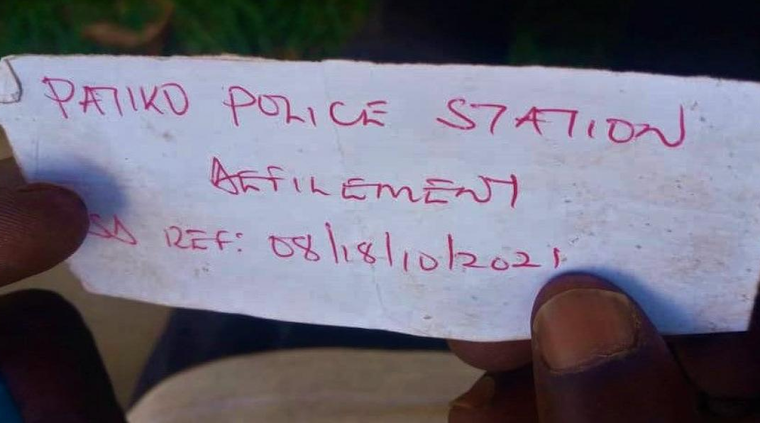 A distressed parent in Patiko sub-county, Gulu district has sought the intervention of the Aswa Region police professional standards unit after a man suspected of defiling his 13-year-old daughter dug his way out of a police cell.

Joseph Awacango P’Odong, the victim’s father says he caught Thomas Tabu, 48, having sex with his 13-year-old daughter, a primary four pupil at around 3:00 pm this week on October 18. He reported the case to Patiko police post vide SD Ref: 08/18/10/2021 leading to the suspect’s arrest on Tuesday.

Tabu was subjected to a medical test at Patiko health centre III where penetration of the victim was confirmed. The tests also found Tabu to be HIV positive and his victim was immediately enrolled on Post-Exposer Prophylaxis (PEP).

PEP is a short course of HIV medicines administered within 72 hours (3 days) after a possible exposure to HIV to prevent the virus from taking hold of the body.

Awacango explains that in the wee hours of Wednesday, the police called him at around 2:00 am reporting that the suspect had dug a hole in the police cell, and escaped from lawful custody.

Later, the police arrested Joel Omona, a boda-boda cyclist and another only identified as Jimmy, a teacher for being accomplices. It's reported that on the evening of Tuesday at around 6:00 pm, the duo visited Patiko police outpost and requested to interact with Tabu before he escaped hours later.

Patiko sub-county LC 3 chairperson, Patrick Komakech disclosed to URN that they decided to petition the police professional standard unit in Gulu city because they suspect Tabu's escape must have been aided or was a result of the negligence of the officers on duty.

This case is one of the many cases of defilement local leaders are grappling with in Gulu following the impact of extended lockdown measures imposed by government to curtail the spread of Covid-19.