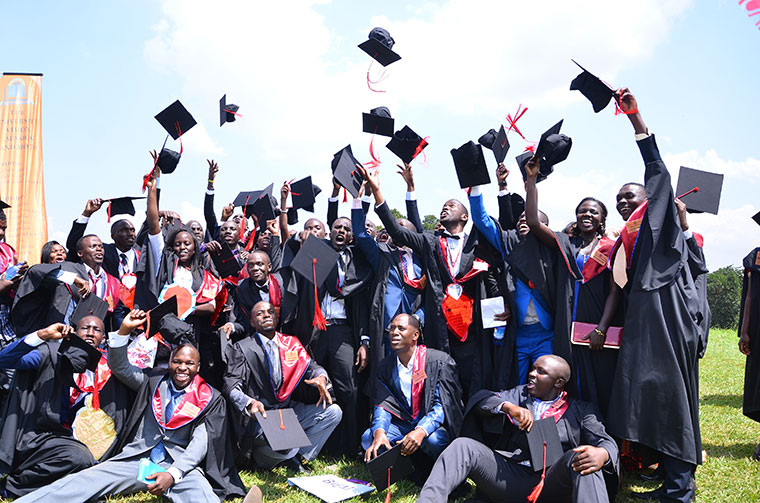 One’s smarts alone are no longer a guarantee of a good degree from Uganda’s public universities; it appears, sex with the lecturer is now an ‘added advantage’, as The Observer team discovered.

Female students from different universities complain about their lecturers, who have turned into suitors demanding for sexual relationships. When they reject them, the students find themselves with missing marks, continuous retakes in the course units taught by those lecturers, which has left them between a rock and a hard place.

Most of the young women The Observer spoke to say they were not guided on how and where to report cases of sexual harassment, which leaves them feeling cornered, afraid what will happen next if they refuse to give in.

One of the girls at Makerere University said: “In my first year I started experiencing a difficult stay at university. One of my lecturers, whom I won’t name – although I nicknamed him Banter – started wooing me. Because I respected him, I could not refuse any time he would summon me to his office, thinking we were to discuss matters concerning his course unit.”

“In the beginning, he would call me asking where I was and then hang up; so, I did not notice anything unusual, but come second year, this man acted like a demon-possessed person towards me,” the student, speaking anonymously for fear of retaliation, said.

“He would openly ask for sex, talk about sex every time he called me to his office, and insisted on taking me to Mbarara, so we can have a good time with him. I hardly said anything, not wanting to annoy him. I was brainwashed by some students that these lecturers are not to be turned down lest you don’t graduate, because they will keep giving you retakes.”

But she knew her rights, even when she did not know how or where to exercise them in this case.

“Banter would text me via WhatsApp and tell me to delete the chats afterwards, but of course I did not; I wanted evidence I could use against him. He had a wedding ring but would remove it whenever he had a lecture with my class. I came to know he is married and his wife also works at the university,” she said.

The student was shocked when she saw Banter’s wife – a brilliant, shapely, beautiful woman of good repute, yet here he was, “chasing a tiny babe like me”.

“I could not fall for this man of my father’s age, I know my value and want my dignity kept clean. Even with all the threats he made, none weakened my heart.”

She refused to sleep with Banter, with disastrous consequences. When her results came at the end of the second semester, out of the class of 49 students, she had the only retake.

“This made me approach him for answers, but he said, ‘do you think you can pass a paper when you can’t do a simple thing of undressing?’ I realized things were serious now. I prepared for war.”

While she had been ignoring his text messages, she started to respond, in order to keep them coming as she gathered more evidence, but then he stopped texting and resorted to phone calls.

“He would tell me how smart I was during the lecture, how beautiful I am, and instruct me to wear a short dress so that he can look at my nice legs.

“Banter instructed me not to tell anyone that he loves me and promised to give me more marks in every assignment of his and even cancel the retake he had given me, as long as I accepted to be his girlfriend. He told me to also not attack his wife; that he was willing to rent me a house where he could meet with me and support me,” the student told The Observer.

As this sexual pressure from a lecturer paid to impart knowledge mounted, coronavirus happened and President Museveni closed universities; Banter found himself locked away with his unsuspecting wife, with no access to the student he tormented.

“But now I’m worried because the next semester is soon commencing, and I will face the same threats, but no matter what, I am not letting my guard down.”

Nakate (not real name), a student of Kyambogo University said, during her internship in December 2020 one of her lecturers was her supervisor.

“The lecturer told me how he loved me, but I resisted because I had a boyfriend. In retaliation, he denied me marks in his course unit. I notified him that my marks were missing, and he told me to go to his office to sort out the issue. I went with a friend, which annoyed him and he asked whether he told me to go with a friend. He sent me away and told me to go back
alone next time and we solve the marks issue.”

Nakate said the Kyambogo University marks portal suffered a widely publicized mechanical issue before she could go back to see the predatory lecturer, and now she prays that when it is fixed, her marks will be reinstated too; “I wouldn’t like to retake a paper I know I did and I don’t want to go to the lecturer begging for marks”.

Anita (not real name) does ceramics as one of her course units and her lecturer has a tendency of sexually harassing his students.

“He used to praise me a lot for the work I do, not knowing he had interest in me. He even traced me to my room at the hostel! One day I heard a knock at the door and surprisingly it was him when I opened. I got scared because I didn’t imagine he knew where I stayed,” Anita recalled. “I didn’t allow him in and we talked outside, because I was alone in the room.”

Since then, whenever he called, Anita would tell him she is not at the hostel and he eventually gave up.

“Fortunately, I had dropped his course unit in my first year; so, I was saved from the blackmail.”

Professor Maria Musoke, the deputy vice chancellor in charge of Academic Affairs at Kyambogo University, said they have put up orientation days for all new students to be sensitized about sexual harassment, but unfortunately students do not turn up, yet a full day is dedicated to that.

Musoke said in case a student has such a problem, they should report to the dean of students, Guild Council as well as the dean of faculties, so that they can get help.

“They are above 18 years; they can’t say they don’t know where to report,” she said.

However, the students talked to said they did not report for fear of retaliation in the form of undermarking, undeserved retakes and missing marks.

She elaborates that the university has the sexual harassment policy which is explained to students on the orientation day being dodged by many.

This article reminds some of us of one particular columnist who writes a bi-weekly articles here.

He has used the picture of young girls to disparage them for his last four articles, Could he be one of those so called lecturers who elicits sexual favors form his students to earn good grades? It's too creepy for and old black face man . ....eripS

Could you name this columnist? You are making some serious insinuations here.
Report to administrator
+3 #12 Feedinand 2021-10-23 23:55
Lysol, you are as cheeky and petty as ever. I doubt you even ever understand what you comment about.

All you know is how to steal stuff from internet so as to also appear wise. You can never generate a single sensible idea in your comments.

You’ve been on the Observer site insulting and character assassinating Dr Khisa, Dr Yusuf, Dr Sentongo, and everyone else who outreasons you.

We know you for your evil heart. Old man with an inferiority complex. Focus on making yourself wiser
Report to administrator
12