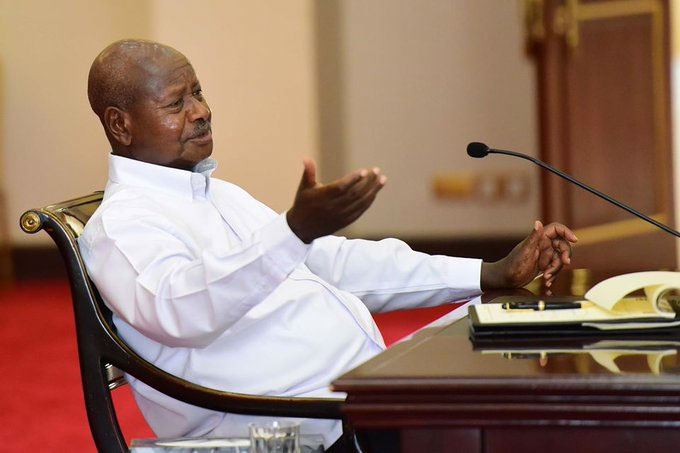 The Ugandan government is known for cracking down on writers who express strong dissent to President Yoweri Museveni, who has ruled the country for 35 years. Despite the risks, two writers recently composed deliberately provocative pieces criticizing the president.

The poem reads in part, "I want to be Museveni's side chic so that when after reading a poem for him, I tell him that censorship, arrest, torture and imprisonment of writers is inhumane, cowardly an act and violation of rights."

Speaking to VOA, Ashaba said she decided to write the poem after a long observation and listening to several of Museveni's addresses. She said it was clear the government's response to the concerns of citizens was relaxed.

"Someone needs to tell this person that we are tired," she said. "First of all, the education crisis; schools are closed. Teachers are not working. I said, 'If he asks me the kind of car I want, I will ask him to give me an ambulance, and I donate it to hospitals.'"

The Ugandan government has previously come down hard on writers who pen opinions on how the current regime is handling citizen's concerns. This has included arrests, imprisonment and torture.

23-year-old Ashaba did not face any of these, but she, too, caught the eye of the authorities and was summoned by the deputy director of the Internal Security Organization.

"He called and said, 'I want to have a chat with you.' I was scared. And he said, 'We just want to have a chat.' So, they asked me this one important question: 'So, what do you want?' And I gave them the answer, that as a writer, I'd gotten what I wanted — the fact that the message had reached the powers that be," she said.

While officiating at the World Teachers Day, celebrated on October 12, Museveni, when asked by teachers to increase pay for all teachers, insisted only science teachers' pay should be increased and not the pay of those teaching arts.

"Don't mix up salary with authority," Museveni said. "Saying that if the administrators get less pay than the scientists that it will spoil administration. I am the president of Uganda. If you want to check my power, you try it."

'Someone tell the life President to shut up'

Danson Kahyana, a senior lecturer at Makerere University, said he was angered by Museveni's comments, and took to Facebook to express his disappointment.

Kahyana said, "My Facebook post was a form of challenge to him to say, 'Well, I think if you don't have something to say about the arts and how important they are to the country, maybe you should just shut up and listen to people educate you about this. Being a president doesn't mean that you know everything.'"

In a text message to VOA, government spokesperson Ofwono Opondo said these writers are seeking a moment in the spotlight. He said Museveni does not need to be insulted to be heard.

In the future, there will be no solidarity when teachers meet to demand better working conditions or other discuss other issues.

I think they should all (science and arts teachers) get together and reject this attempt at dividing them.
Report to administrator
+6 #3 Lakwena 2021-10-20 07:59
In other words, Ofwono Opondo loves to lick Dictator Gen Tibuhbaurwa's bloody and smelly armpit.