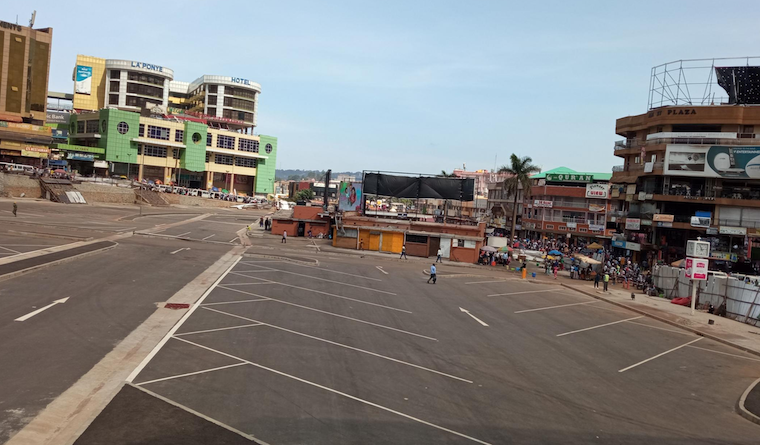 The land division of the High court in Kampala has halted the planned reopening of the Old Taxi park that is scheduled for tomorrow October 20.

The deputy court registrar, Janeva Natukunda issued the interim injunction following an application filed by five companies claiming part of the park. Court has set November 8, 2021, as the date to hear the main petition.

The five companies entered a consent agreement with Kampala Capital City Authority (KCCA) in December 2020, in which they agreed that KCCA would grant them their plots after completing works on the carpet.

Through their lawyers of Magna Advocates, the entities sued KCCA together with the Attorney General demanding the vacant possession of their land, which they secured through a sublease under the defunct Kampala City Council.

They argue that despite subleasing the land from KCC, they have struggled to access it. Clause one of the MoU between the companies and KCCA states requires the authority to grant the developers vacant possession of their respective properties subsequent to the refurbishment of the carpet area before the taxis are allowed back.

The two parties entered the agreement at the time KCCA closed the park for renovation. The developers have for long sought to access the land but met resistance from taxi operators.

They took advantage of the renovations that started in May 2020 when taxis were still parked following the nationwide lockdown resulting from the COVID-19 pandemic to renew their demands for the land. KCCA planned to complete the works in August 2020 but it has dragged on to date.

Recently, KCCA passed a resolution to reopen the park tomorrow Wednesday as construction works continue. So far, KCCA has constructed the carpet, the drainage system, and installed lights. They are yet to demarcate stages, renovate administration offices, toilets, and clinics, and passenger shelters.