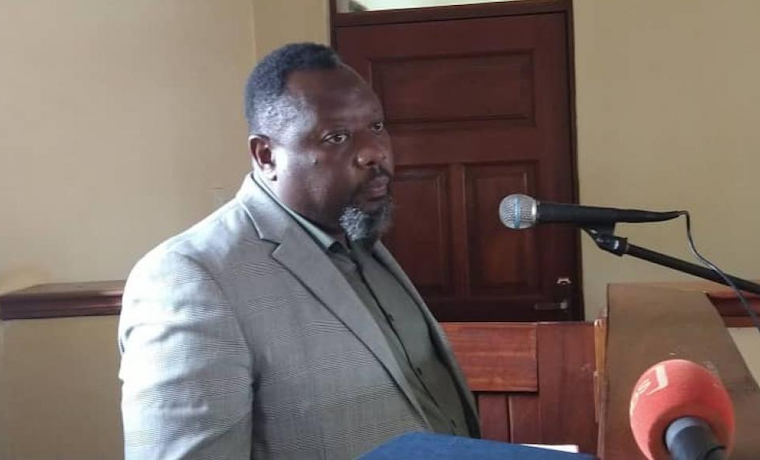 The lead pastor of Christ Heart Ministries International, Pr Isaiah Mbuga told court that the murder suspect, Matthew Kirabo bribed security guards at Aryan hostel to monitor for him the movements of his Makerere University girlfriend Desire Mirembe while at the hostel.

Mirembe, 19, a Makerere University medical student was allegedly killed on Friday, July 10, 2015, by her boyfriend Kirabo. Her body was on July 12, 2015, recovered from a sugarcane plantation in Lugazi-Kawolo, Buikwe district. Kirabo, reportedly confessed to the murder and was then charged at the Jinja Chief Magistrate's court and remanded.

Kirabo was later granted bail on November 24, 2016, which enabled him to finish his Bachelor's degree in Medicine, and is currently working at Mulago hospital.

“When the deceased (Desire Mirembe) came to my office she told me that someone called Matthew paid her hostel security guards to report to him when she reports to the hostel and with whom she comes to the hostel with,” he told court.

The lead pastor was last week testifying as the fourth prosecution witness in the case in which Kirabo is charged with the murder of Mirembe in 2015. According to Mbuga, he first met Mirembe in February 2015 when she was brought by Margret Nakirobero to his office seeking counseling over her romantic relationship.

“She came to my office for counseling in February 2015, regarding a relationship which according to her was distressing to her," he told court.

"She was being told to do things she did not want to do. Someone called Matthew told her to wear an IUD [intrauterine device] so that she doesn’t get pregnant and at the same time she felt controlled, that he would send a car to pick her up and meet him wherever he would want.” Mbuga said.

Like all close relatives to the deceased, Mbuga narrates that he received a message from the deceased’s phone on the night she was killed saying: “I am in a car with someone, should I be worried?”.
Mbuga says that he tried calling the number but no one picked up until it was eventually switched off. He did the same until Sunday when he received the sad news from a close church friend, a one Faridah that she had been found dead.

Before the deceased met her death, the pastor says that he'd advised her to break off with Matthew as it was not healthy for her as a born-again Christian.

Earlier on, three other witnesses were summoned in court with their police statements; Dalious Naturinda at the time head security Aryan hostel, Ismail Mulayi, and Emmanuel Musoke the deceased’s father.

During the questioning, Musoke broke down when he was recounting the tales of being with his daughter before going to Germany, this, in turn, caused the calling for a recess by justice Henry Kaweesa Isabirye before the accused’s lawyers led by Charles Dalton Oponya and Ali Hassan Kato could start cross-examining him.

Kato asked Musoke if he took Kirabo and Mirembe for lunch or breakfast at Cafe Javas which he denied, saying up to until he was brought to court in Jinja, he had never met Kirabo but knew about his existence from his son Jonathan Damulila.

Unfortunately its such scenarios that by the way dont relate with M7s bail that his supporters want to use to stop bail, shame.
Report to administrator