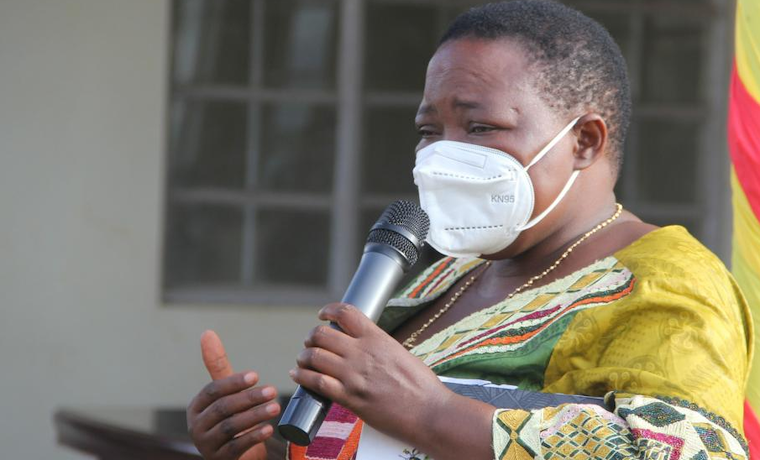 Prime Minister Robinah Nabbanja has vowed to investigate the mismanagement of funds involved in the construction of the Shs 2.5 billion Bukungu ice plant in Buyende district, eastern Uganda.

Nabbanja stresses that the failed operationalization of the multi-billion project, even when available records indicate that the funds to ensure full capacity functionality of the same plant were issued, is a sign of graft.

The plant was handed over to area fishermen in 2009, however, it is lying idle after failure to produce the ice cubes required in the preservation of fish, before transporting it to nearby markets. In 2014, the plant was handed to Buyende Local government by ministry of Agriculture.

Unknown individuals vandalized essential parts of the plant like the generator and piped water system since the plant was abandoned without a clear plan on who is meant to safeguard it from intruders.

Hakim Mulondo, a fisherman within the area says, that they have engaged responsible agencies over the past 13 years but none of them has substantially come up to resolve the matter.

“For the past 13 years, we have been engaging officials from the Prime Minister's office, State House and the Agriculture ministry on when they would fully operationalize the plant, but after receiving our grievance letters, none of them has ever acted to our concerns,” he says.

While addressing leaders and fishermen in Bukungu landing site on Saturday evening, Nabbanja argued that failure to sanction works at a government-funded community project amounts to corruption and all responsible agencies shall have to account for the abnormalities involved.

“This form of corruption has cost government a lot of money and I will make sure that whoever was responsible for this loss refunds the money wasted here with immediate effect,” she says.

Meanwhile, Buyende’s district LC V chairperson, Michael Kanaku says that 60 per cent of their district is located along Lake Kyoga shoreline and the ice plant would have enabled them to earn more local revenue collections from the fishing communities.

It seems fighting such blatant corruption that has been going on for over 35 years of this government even if it is stopped will not recover the damage that has been done.

If the storage of fresh fish for marketing from this famous environmentally friendly fresh water lake has not been happening, well how about the technical management of breeding tropical fish. Are the Great Fresh Lakes Regions on the continent of Africa doing enough to breed, to preserve and to harvest fish properly in this starving world?
Report to administrator
0 #2 Henry Baisi 2021-10-18 20:57
Unfortunately, mon ami, it takes brains to crackdown on corruption, not gentility or military prowess.

In business, we call it "internal controls to prevent fraud". It starts with a risk assessment and control evaluation to identify gaps in the AS_IS. It is based on the COSO framework. Experts will thereafter re-engineer existing controls and introduce new ones to mitigate the risks identified.

Until we can have an informed debate about implementing COSO and adapting SOX to Uganda, the situation will not change.
Report to administrator
0 #3 Lakwena 2021-10-19 10:22
But for heaven's and hell sake, by being everywhere: why is the PM trying to become omnipresent, omniscient and omnipotent doing everybody job?

In other words, Afande Nakalema; the IGG, Hon Beti O Kamya; Minister of Disaster and Preparedness, Hillary Onek, Min State for Water and Environment, Beatrice Anywar; etc. should be afraid because, according to Busybody Nabbanja, they are sleeping on the job.