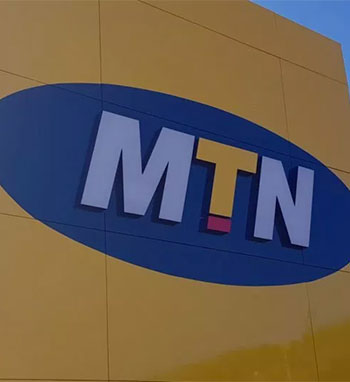 The Court of Appeal has upheld a High court decision that ordered Patrick Ssentongo, the former finance manager at MTN Uganda Limited to compensate his former employer Shs 5 billion.

In 2012, Ssentongo, Joan Nabugwawo, Brian Okuru, Angela Ayo and Eriya Baryamwijuka, all former employees of MTN Uganda were charged before the Anti-corruption division of the High court in Kampala of embezzlement and fraud.

Prosecution alleged that Ssentongo and others, between May and December 2011, stole money from MTN using the company mobile money computer systems called Fundamo. They did so by creating fictitious journals and exiting money through the MTN public access shop which was operated by Joan Nabugwawo.

Prosecution also alleged that the accused persons created pseudo persons on the system who transacted as "ghosts" and drained money from the adjustment account for discrepancy through the dispute account to 17 subscribers and accomplices such as Nabugwawo and Ssentongo's wife, Saudah Nakimbugwe who was an agent of MTN.

He found that Ssentongo was the architect of the crime and used his senior position to orchestrate his scheme. Justice Gidudu hence imposed a 10-year imprisonment sentence and ordered him to pay compensation of Shs 5 billion to MTN.

In 2017, Ssentongo appealed against the decision saying that the sentence was excessive, that the judge worked on the assumption that the username 'sentop121' which made the fraudulent postings were created by or belonged to him (Ssentongo) which was not the case and that the sentencing was based on weak evidence among other grounds.

However, the three judges have agreed with the decision on compensation saying that the justice based his decision on an investigation that had revealed a number of properties that Ssentongo acquired during that time; also, that prosecution had presented before court an investigation report in which two witnesses that were experts in the field of accounts and audit and IT, proved the loss occasioned by Ssentongo.

Certified public accountant, M/s Grand Thomston costed the loss at Shs 9.9 billion within the space of six months, occasioned by Ssentongo through his ingenious schemes.

The panel also ruled that the appellant didn't show that justice Gidudu applied any wrong principle to decide on the amount Ssentongo would compensate MTN.

The penal also agreed with the earlier ruling that Ssentongo was responsible for the loss because it was through his account that money was sent to other pseudo accounts and hence enabled his accomplices like Nabugwawo who was an MTN mobile money agent to liquidate the transfers into cash.

"The trial judge found, and we agree with his findings, that Joan Nabugwawo could not have created the money. as she had no access to the mobile money system," reads part of the judgment.

"She did not steal the money from MTN, she was an accessory after the fact of the theft in that she received the fictitious money and liquidated it into cash. This enabled the appellant and others to get hold of it."

-1 #1 kabayekka 2021-10-17 14:05
MTN seems to be trying to justify its digital inefficiency by convincing these simple minded African judges that digital fraud is equivalent to a thief who has stolen a chicken in the African village.

It should not be like that at all. MTN is one of these international companies invested in over 100 countries that cannot fail to detect any financial wrong doing for over 6 months in a poor African country like Uganda.

And gradually end up loosing 10.2 billion shillings. That is about 1.7 billion shillings every other month for over a period of 6 months. Exactly all that time, what sort of MTN accounting mechanism was there that could not give a warning to these rich managers and directors about such an immense loss to their company in Uganda!

No wonder MTN, one understands it properly that, such a loss could have been passed on to its customers in higher prices of telecommunication services.
Report to administrator
-1 #2 kabayekka 2021-10-17 14:45
Such monopoly as that given to these rich companies on the continent of Africa fail them to perfect their modern business acts.

This is very common even in the telecommunication company of Airtel where one complains about the individual fraud going on in the various service accounts. And nothing is done about it.

These companies know very well that their customers cannot easily change to other better companies.

It is very unfortunate indeed because Uganda in the East African region used to be the leading hub in international telecommunication! It is not now and neither will it be in the next future!
Report to administrator