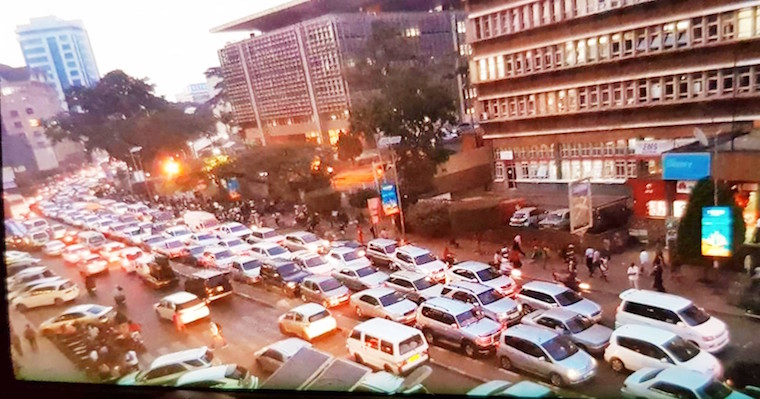 At more than 140 kilometers per hour mph, a road crash is potentially inevitable. At such speed, pretty much everything is possible.

A report authored by the United Nations (UN) found that Uganda loses about 10 people per day in road crashes mainly caused by high speeds, the most in the East African region.

Speeding accounts for 36 per cent of all fatalities in Uganda, according to the Police Annual Traffic report 2020. Speed is a major factor in over 50 per cent of road crashes in Africa.To slim down the road accidents, UN recommends a speed limit of 30 kilometers per hour on Kampala streets down from the current 50 kilometers per hour.

Jemima Nalumansi, the Kampala coordinator of Bloomberg Philanthropies Initiative for Global Road Safety (BIGRS), said during a recent training workshop organized by the African Centre for Media Excellence (ACME), that developed cities like Brussels and countries like Spain and France have already committed to the 30km/hr speed limit. She called for a shift in "every community and neighborhood worldwide.”

BIGRS is a multi-country programme that aims to reduce road crash fatalities and injuries.

“Speeding and drink driving are the major risk factors of road crashes globally, according to Michael Bloomberg Philanthropies Initiative for Global Road Safety (BIGRS). Other factors are poor helmet use and non-use of seat belts. However, the School of Public Health, Makerere University is researching on the use mobile phone while driving as a risk factor since many people in Africa and Europe are driving while using phones,” she said.

The just ended UN Global Road Safety Week ran under the theme, “Streets for Life #Love30” and aimed to limit the speed on streets. It also aimed to reduce accidents, noise and pollution in cities and urban centers.

According to the World Health Organization (WHO), one person dies in a road traffic crash every 24 seconds and the most affected are children, young adults and pedestrians. About one-third of deaths can be traced to excessive speed. WHO believes that every kilometer per hour over the speed limit increases the risk of a fatal crash by 4-5 per cent.

Uganda loses about Shs 5 trillion ($ 1.2 bn) to road crashes annually, according to Uganda Bureau of Statistics (UBOS), Statistical Abstract 2017/18. The loss represents about 5 per cent of the country’s Gross Domestic Product (GDP). UBOS said the highly productive population aged between 18 and 44 years is the most affected, which piles a huge burden on the nation’s development both socially and economically.

The report also found that most fatalities were of pedestrians (34 per cent), motorcyclists (31 percent) and passengers (25 per cent).

According to James Katunguka, the senior road safety officer at the ministry of Works and Transport, “It’s a shared responsibility amongst everyone, including designers, builders, enforcers, policymakers, observers and road users. All parts of the road system must be strengthened in combination to multiply the protective effects and if one part fails, the others will still protect people.”

Katunguka said that according to Section 52 (3) of the Roads Act, 2019, a person who fails to comply with a speed limit set under subsection (1) commits an offence and is liable on conviction to a fine not exceeding one hundred sixty-eight currency points (about Shs 3.4m) or imprisonment not exceeding seven years, or both.

He advised drivers and passengers to always wear seat belts and helmets. Katunguka said helmets aim to reduce the risk of serious head and brain injuries. Correct use of helmets also reduces the risk of death by almost 40 per cent and head injuries by 70 per cent.

Low speed streets save lives and are the heart of any community. Therefore a 30 km/hr speed limit makes streets healthy and serves to make our roads safer for children, pedestrians, the elderly and people with physical challenges who are more vulnerable while crossing the roads.

According to the Global status report on road safety 2018, signed by Dr Tedros Adhanom Ghebreyesu, the Director-General WHO, road traffic crashes are not “accidents.” Crashes are completely preventable while accidents are not.

The report says the number of traffic crashes globally remains unacceptably high with an increase of about 1.4 million people dying each year. That’s nearly 3,700 people dying on the world’s roads every day.

“Tens of millions more are injured or disabled every year in traffic crashes, people who suffer life-altering injuries with long lasting effects. These losses take a huge toll on families and communities. The cost of emergency response, health care and human grief is immense,” Adhanom says in the report.

He said one of the most heart-breaking statistics in this report is that road traffic injury is the leading cause of death for people aged between 5 and 29 years. No child should die or be seriously injured while they walk, cycle or play, he said.

“We must return our streets to our children. They have a right to feel safe on them. In the Sustainable Development Goals, world leaders have committed to halve the number of deaths from road crashes by 2020. This report shows that three years on, far too little progress has been made towards this goal,” he adds.

What are the job descriptions of these people? Looks like everybody just show up in the office in the am, and wait to get out in the evening.
Quote | Report to administrator
0 #2 kabayekka 2021-10-14 14:57
One understands most cities are busy working out how to remove city traffic jams as the observer has shown well in the picture.

What the UN should be reminding the government of Uganda is the environmental repercussions of using fossil fuels.

And this picture does not show what exactly is happening to the thousands of bod-boda motorists who are transporting the public without the establishment of the trains, trams and buses to help in urban mass transportation.

The UN has completely lost out its great efforts all over the world it used to have just after the second world war.