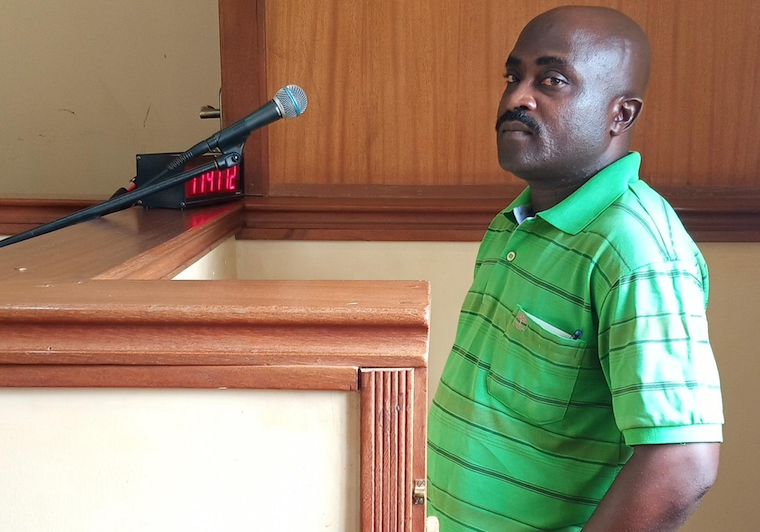 The state has today failed to produce in court, three witnesses in the case in which, a police officer, corporal David Ssali is accused of shooting dead a handcuffed suspected assassinator Ronald Ssebulime in March 2019.

The case was up for hearing and further cross-examination of state witnesses was expected to continue today. However, the head of the prosecution, Aisha Naluze who is also the Mukono regional state attorney told court that they lost contact with the said witnesses.

“My lord, summons were sent to all witnesses, we tried getting in touch with all of them for purposes of attending today’s session, unfortunately their contacts have remained off,” Naluze told court before pleading for extra time to get in contact with the witnesses again.

Since the defense side headed by Richard Kumbuga raised no objection, High court judge Henry Kaweesa who is presiding over the case, accepted to adjourn the hearing to October 18. Justice Kaweesa however warned to issue arrest warrants for the said witnesses for production before court in case they fail to show up.

He has also set October 19 for further cross-examination of Idah Nantaba, the Kayunga Woman MP, and former Lands and ICT minister whose cross-examination was cancelled halfway yesterday Monday after she raised a concern of police tampering with evidence.

Nantaba declined to confirm whether the motorcycle presented as an exhibit is the exact bike that was used by the late Ssebulime to trail her, saying it appears to have been tampered with.

Today, the prosecution sought more time since the raised concern was still under consultation with the DPP before proceeding with Nantaba’s cross-examination.

Corporal Ssali, attached to Kasangati police station was charged and remanded to Luzira prison after the crime and a ballistic report confirmed that the killer gun actually was assigned to him. His lawyer, Kumbuga says it’s unfortunate that a case can come to court when investigations are not over.

He was doing his duty and terrorist in question threatened to kill MP Nantamba.

We remember this incident very well and the killed terrorist was on the run after he failed to assassinate MP.

We cannot allow terrorists to kill and run unpunished.We still do not know who killed several important NRM dignitaries.

It is interesting that none of opposition leading figures were not assassinated showing that all terror actions were politically motivated aimed at disabling main political party NRM which is running the country.

We are reading every day here political opponents attacking and intimidating elected government after they lose elections Now having been defeated they are trying to cause instability by killing innocent people .

This has no comparison in modern world It is savagery.