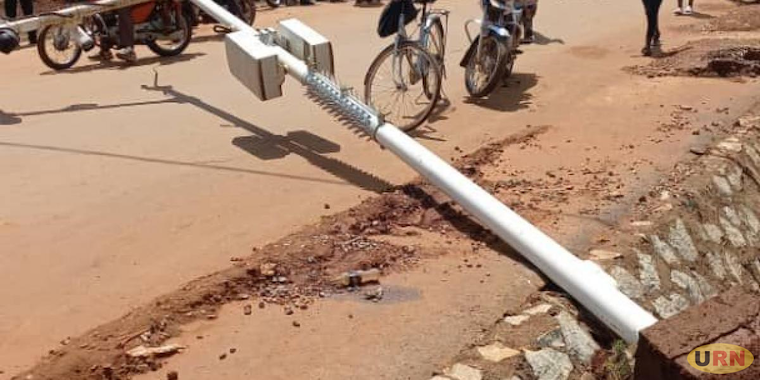 The incident happened along Nakigo road on Wednesday. The victims were heading towards Iganga Chief Magistrate's court area.

It is reported that the surveillance camera pole collapsed on the victims at around midday. The victims were rushed to Iganga General hospital emergency unit for further management.

Martin Sooka, a resident in the area says that the camera pole collapsed due to strong winds.

"We were experiencing strong winds throughout the day. I suspect that this is the cause of the breakdown of the metallic pole that collapsed," said Sooka.

Julius Mutyabule, a motorcyclist within the area says that the concrete holding the pole had weakened due to continuous exposure to running water.

Mutyabule adds that the pole was erected near an overflowing drainage system and this could have weakened it's concrete holding surface.