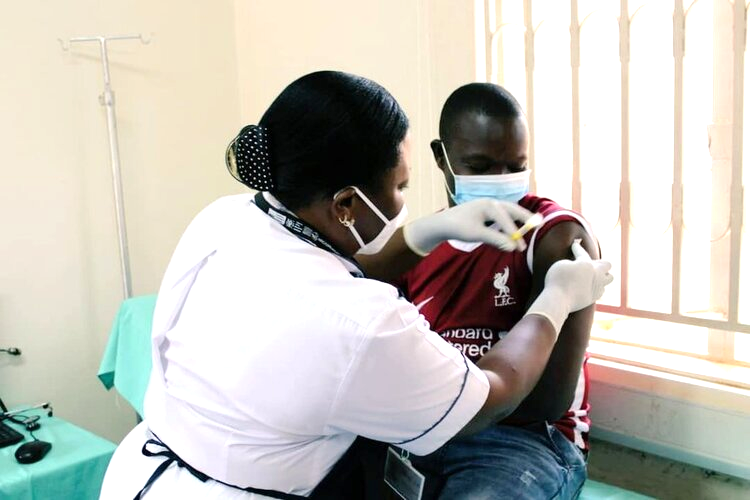 Uganda has enrolled the most volunteers in the trial

A total of 157 Ugandan volunteers have so far enrolled in an HIV vaccine study in Masaka aimed at assessing the effectiveness of a trial vaccine against the virus.

The study dubbed PrEPVACC is also happening in Mbeya and Dar-es-Salaam in Tanzania, Maputo in Mozambique and in Durban South Africa, but Uganda has so far registered the biggest number of the 1,700 total participants the researchers are seeking.

Dr Eugene Ruzagira a researcher based at the Uganda Virus Research Institute (UVRI) said that Uganda has thus far enrolled 157 volunteers of the 187 volunteers so far enrolled for all the other trial sites. 30 other volunteers have been recruited at the Mbeya site.

For women of childbearing age who have enrolled, they must be ready to use contraceptives for the duration of the study. because, according to Ruzagira, they don't know yet the effect the vaccine will have on unborn babies or pregnacy. He said in Uganda, they are looking to have about 400 participants.

Planned to end in March 2023, the study aims to assess the effectiveness of two experimental vaccine candidates and remains the largest trial happening in Africa currently after another promising Imbokodo study was discontinued by an independent board of scientists about two weeks ago. Now, Ruzagira says they only hope one of the vaccines work.

Unlike the failed vaccine that had only negative women at risk of HIV infection being given an active experimental vaccine or a placebo, with PrEPVACC, researchers are dividing up the participants into three categories where all of them will be given an oral Pre-Exposure Prophylaxis (PrEP) drug.

Scientists are positive that this design will likely give them positive results considering that the just suspended study had over a hundred volunteers became HIV positive while taking part in the study.

Commenting on the imbokodo study, Ruzagira said while the results have been disappointing, it provided lessons and that the knowledge attained will move HIV research forward.

Meanwhile, the failure of an HIV vaccine with up to 30 years of research is concerning especially now that the world has speedily acquired COVID-19 vaccines and yet they are employing the same technology that has been tested on HIV vaccines that haven’t been pulled through trials.

Rugazira says the explanation is scientific and has to do with the nature of the HIV virus which keeps changing making it hard for scientists to target how best it can be attacked. It’s unclear when for sure the HIV vaccine will be available.